11 August 2019 (cont’d).
After lunch, Not Larry and I went across the cove to where her uncle Clar and Aunt Audrey were waiting for us. Clar gave us rain suits to dress for the boat trip. Not Larry’s suit was camouflage. She asked me how she looked when she was put together. Uncle Clar said, “A bit of camo won’t take the looks off of you.” He is a funny man with a deep Newfoundland accent. I was wearing my cowboy hat for the planned journey. Clar called me, “The Saltwater cowboy.” 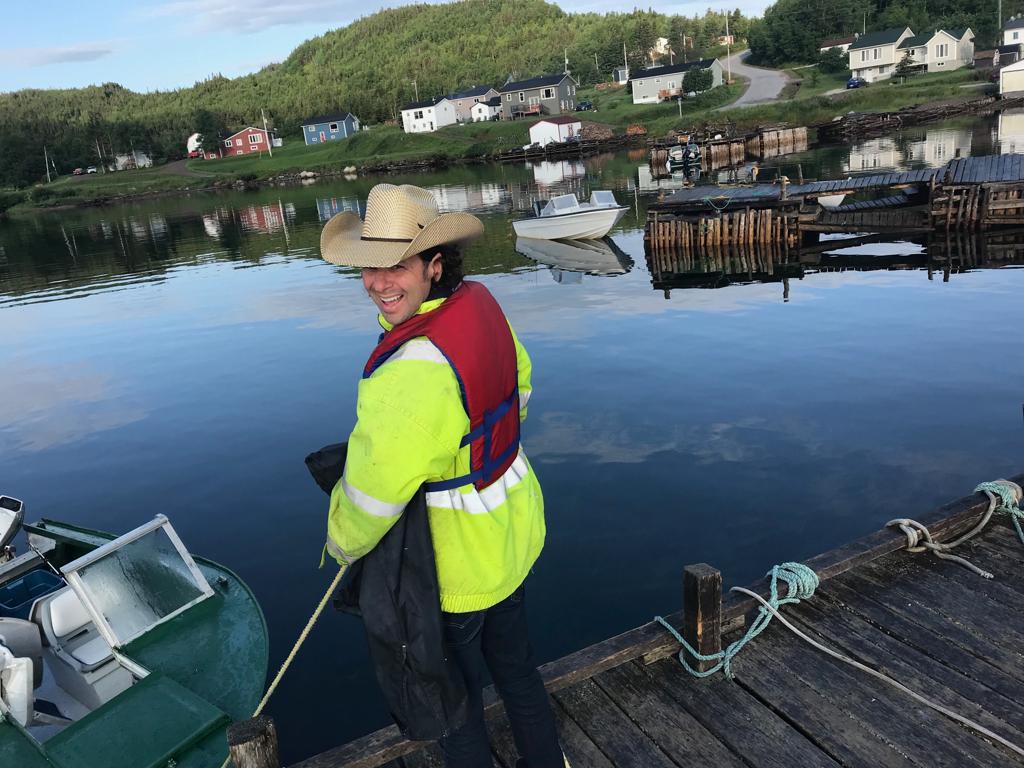 Once the four of us were loaded in the boat, we headed out to Clar’s favorite fishing spots. ‘Fish’ in Newfoundland means cod. If someone says fish in Newfoundland, they are talking about cod. Otherwise they refer to the fish as the breed such as ‘mackerel’. In the month of August in Newfoundland, regulations allow for each person in a boat to fish a maximum of five cod fish, and for a total of 15 cod per boat. So, if you are going to catch 15 cod fish, you also need three people in the boat. Even if you have four people, you can still only bring in an allotted 15 cod fish.

I could not believe how bountiful the ocean is with fish… 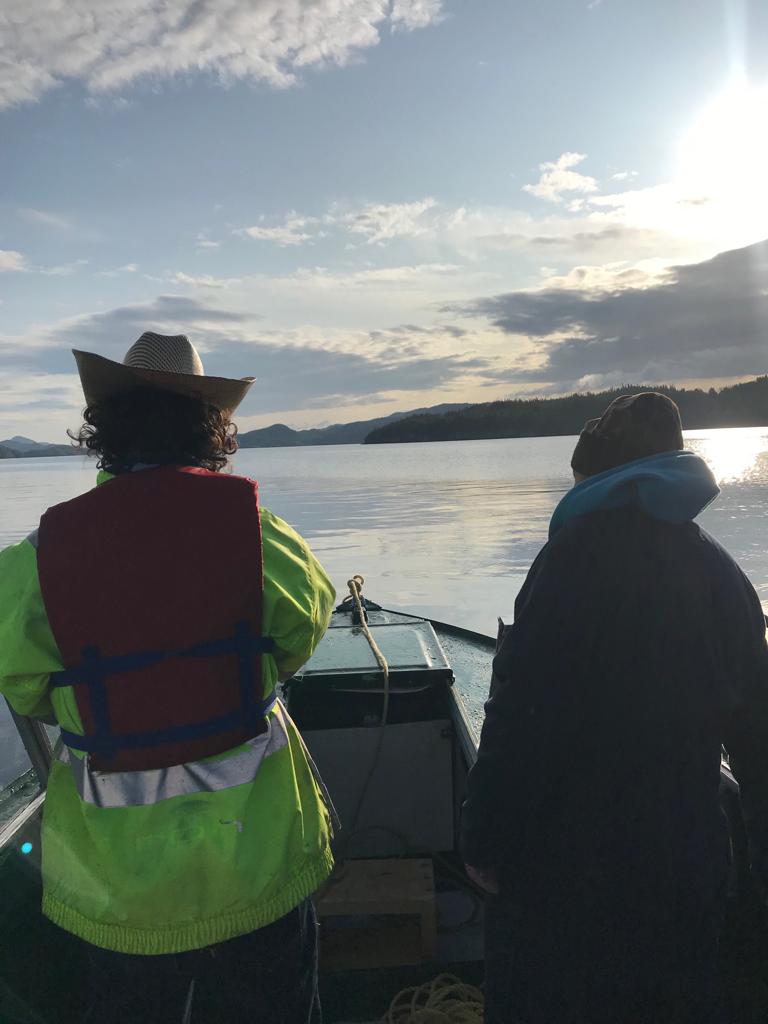 Fishermen. The one on the right is legit.

It was my first time jigging fish. Jigging is when you let your line down to the bottom of the ocean floor, roll your fishing reel up three rotations from the bottom, and then teeter-totter your pole back and forth. I could not believe how bountiful the ocean is with fish. We were pulling up fish in moments nearly every time we dropped the line. We were catching mackerel, sculpin, and rock-cod. The locals have a taste for cod and will not eat the rock-cod, so we were releasing them and putting them back in the ocean. I caught at least five rock-cod and we released all of them. Rock-cod are the discrimination fish, and they are probably pretty happy for that role. The sculpin is a fish that is speckled like a cheetah. I liked their appearance, but everyone else said they are ugly. The sculpin has a prehistoric look and no one will eat them even though they are bottom feeders just as the cod and the mackerel. But the sculpin were released as well and allegedly agree that it is nice to have humans think you are ugly. As for the mackerel though, we kept them in a bucket on ice. There are no restrictions on mackerel and I liked to exclaim, “Holy mackerel” every time I would catch one!

As a result, there were also no restrictions in place on how many times I got to exclaim, “Holy mackerel!”

We were catching the fish and we were jigging them, meaning that sometimes we would catch the fish with hooks in their mouth when they went for the lures, but also we would just catch them in the side or the fin when we would jig and that would bring them up as well. If one can catch so many fish, some of which frequently come up by being snared with a fishing pole, the ocean here is obviously loaded with fish. Loaded! However, we were not finding Newfoundland’s famous fish, the cod. The fish were being elusive!

Clar took us to another spot where his pals were fishing. They had their quota of 15 fish for the day and were heading into shore. The cod they had were bigger than any fish we had seen so far. Clar offered up our booty of mackerel to his friends. The man driving the other boat said, “Oh yes, I’ll’s takes ’em. I likes mackerel more than I likes fish!” The accents here are fantastic. 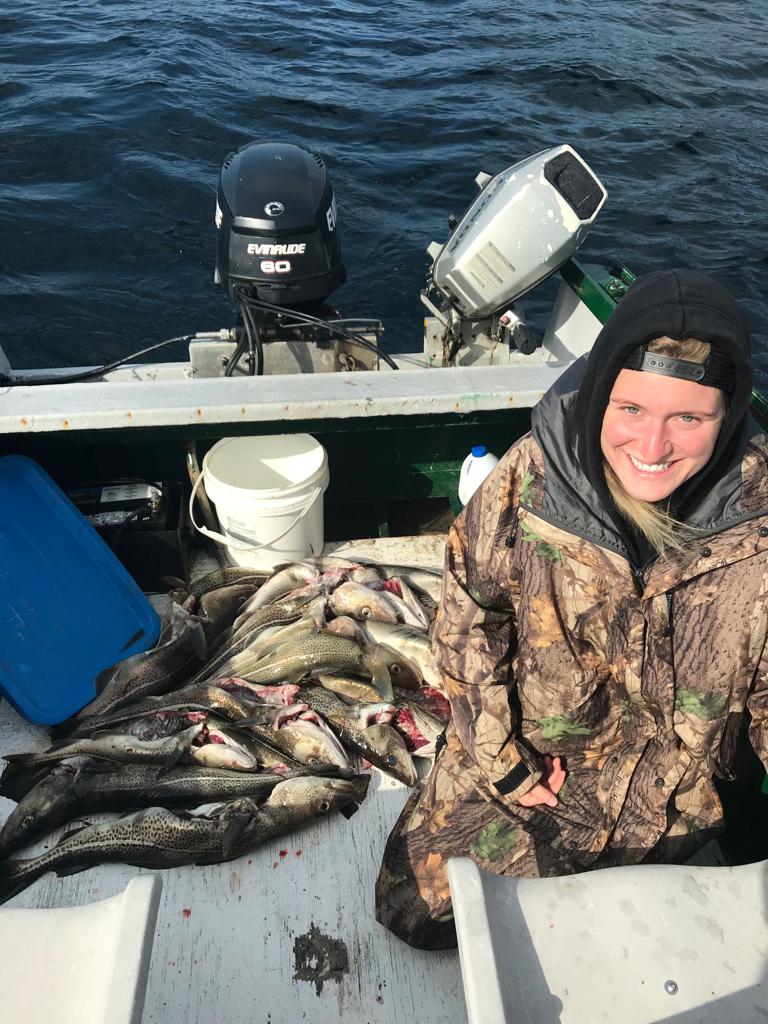 “A bit of camo won’t take the looks off of you.”

We ended up finding a place where the cod were schooling and we pulled up nine of them, in addition to 17 mackerel (a dozen of which were given to the friend-ship). I caught only two of the cod and was the weakest link of the three of Clar, Not Larry and I who were doing the fishing while Aunt Audrey drank beer and enjoyed the day. We headed into shore, filleted and cleaned the fish then headed off to Uncle Clar and Aunt Audrey’s for a feast of cod and yesterdays catch of squid. It was delicious! The locals truly live off the land and the ocean. Life is really hand to mouth with food here. It is amazing how everything is so fresh and bountiful. I am jealous of their lives…

“He’s got a boy over there, 13 years old, doesn’t know how to count. Only thing he knows how to do is steal smokes.”Uncle Clar

12 August 2019.
The alarm went off at 07:01. Both Not Larry and I woke up and there was a knock at the door. Uncle Clar has said he would come over early in the morning if conditions were good for fishing. They must have been as he was ready to tackle the ocean. Not Larry said we would be right over. There is no phone in the house she grew up in where we are staying, and there is no cell-phone coverage, so the only way to communicate here is face to face. It feels nice to live life like that again and to be physically meeting people for communication. Clar headed home and we headed over the arm to meet him for round two of ‘Making Beaver A Newfie Fisherman’. 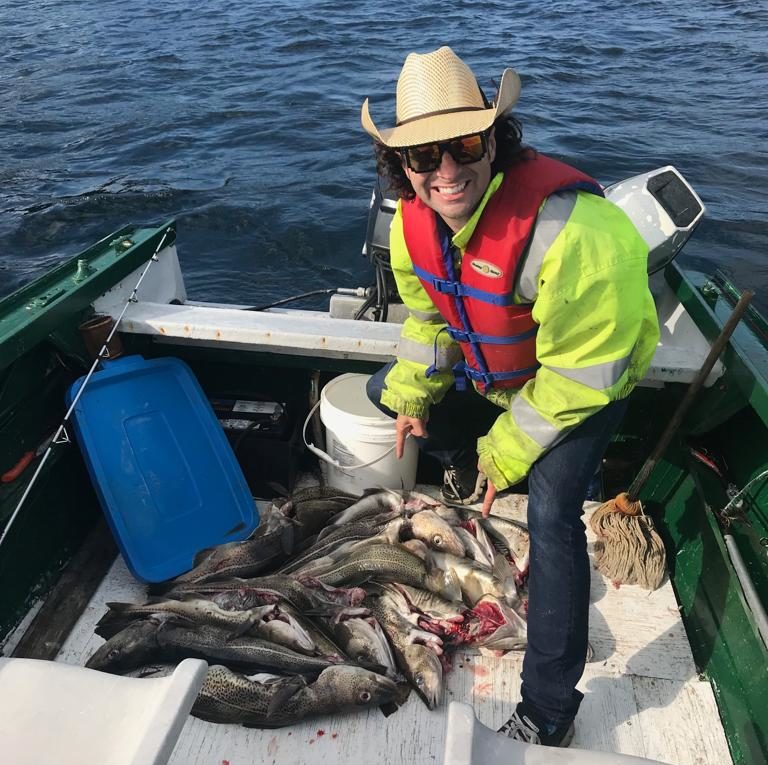 We were out on the water at 08:00 and went right back to the fishing hole in the ocean that we had found last night. By 10:00, we had pulled in 15 cod fish. I managed to catch three of them but I was still the weakest link. Not Larry caught as many as her uncle. She is a wily old fisherwoman, pulling them in herself, pulling out the hooks and throwing the fish in the bucket. Clar would gut the cod fish as soon as they were in, something which created a heyday for the seagulls who were fighting over their interiors in the ocean as they fell from the boat.

Clar said the gulls fight over the fish liver as that is their favorite part.

We headed into the wharf with our haul. I was the fish-hander as I would pick up the fish from the wharf and throw them on the table one by one as Clar would do the knife work. I was also the bucket-boy, collecting 5-gallon buckets of water from the ocean to be used for the cleaning. Not Larry enjoyed watching me trying out a new role as a fisherman. By 10:50, all of our fish were filleted and skinned and Clar sent us off with a big bag full of cod fish. It was an awesome morning!

For the video on a great day Cod Fishing in Newfoundland, click at the top, or click right here! 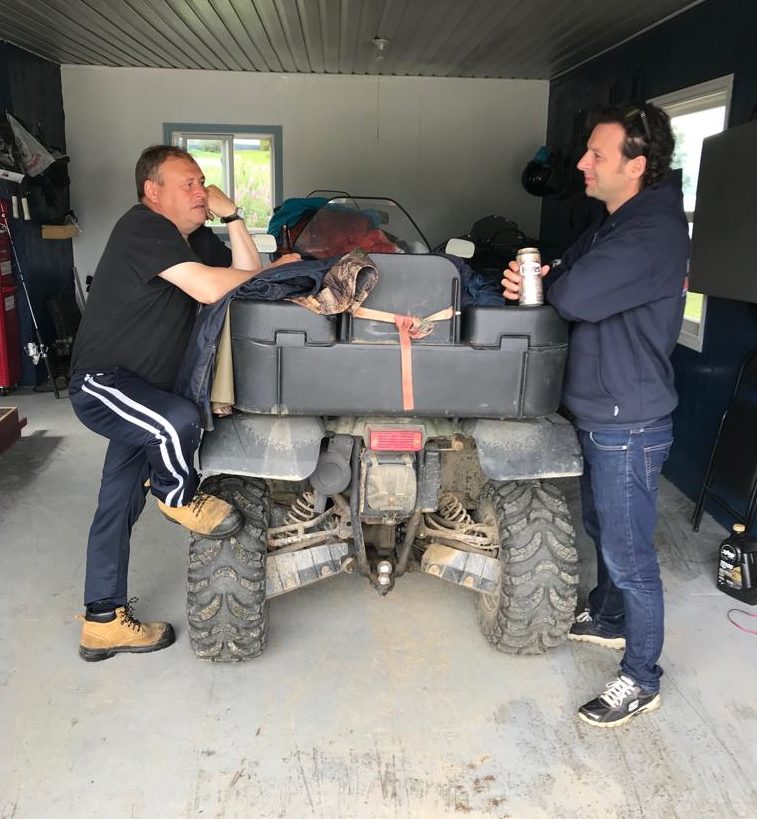 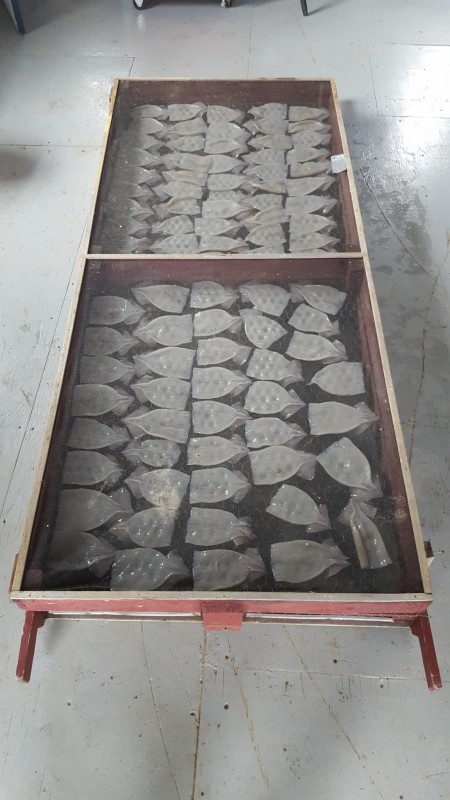 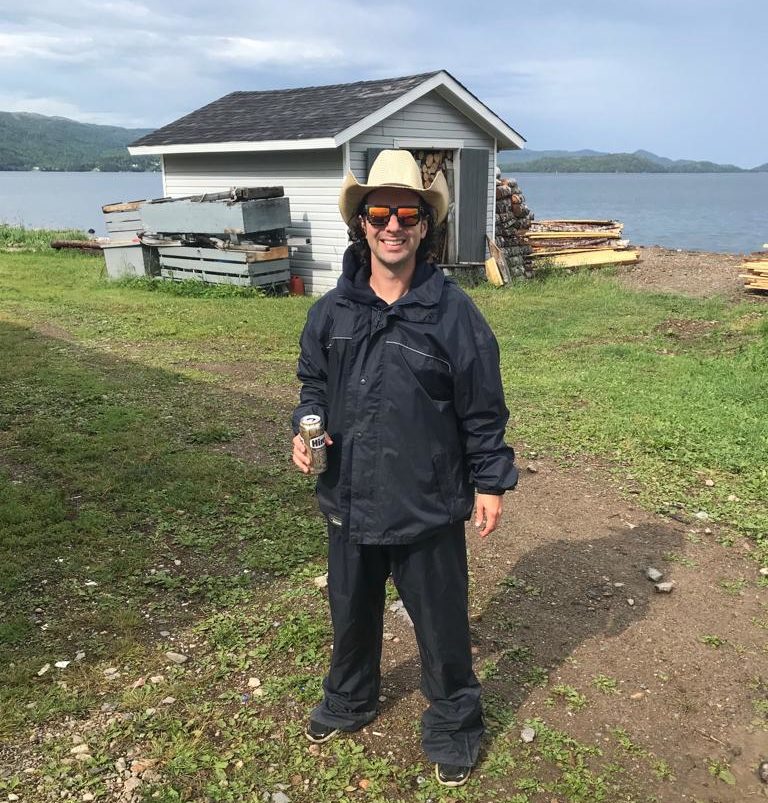 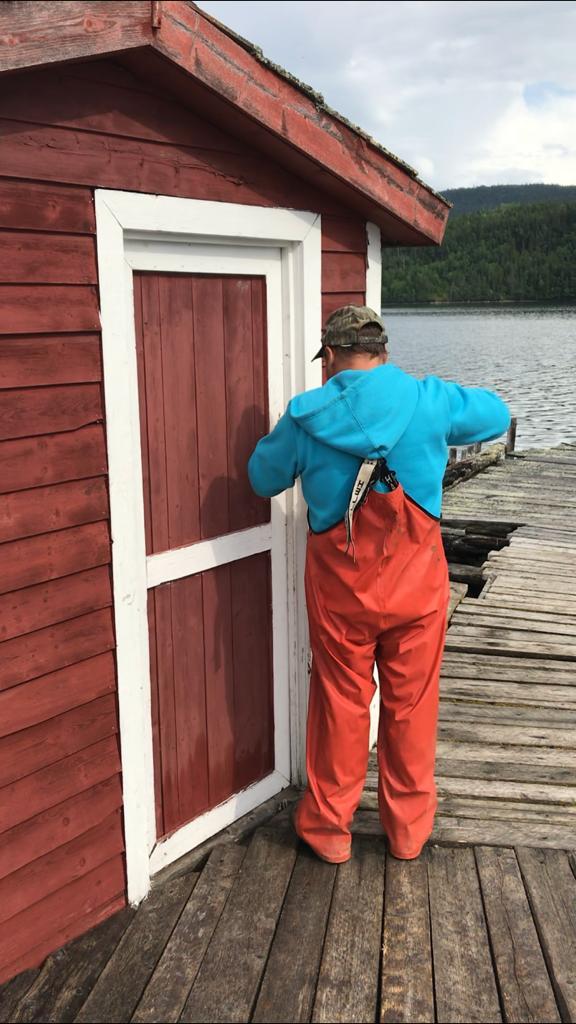 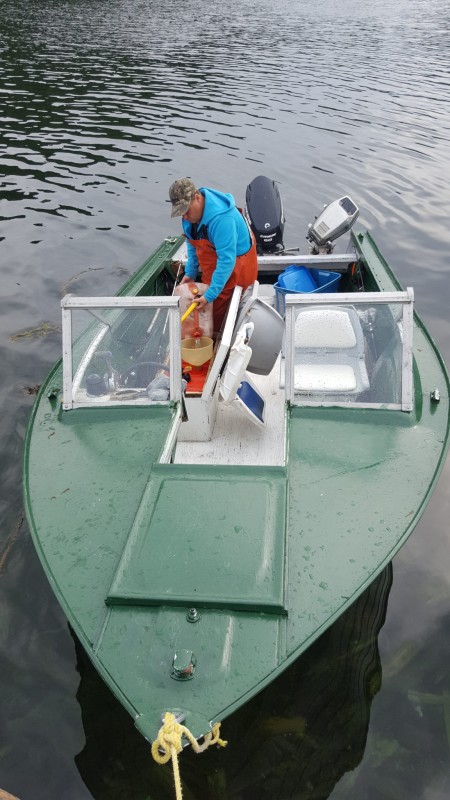 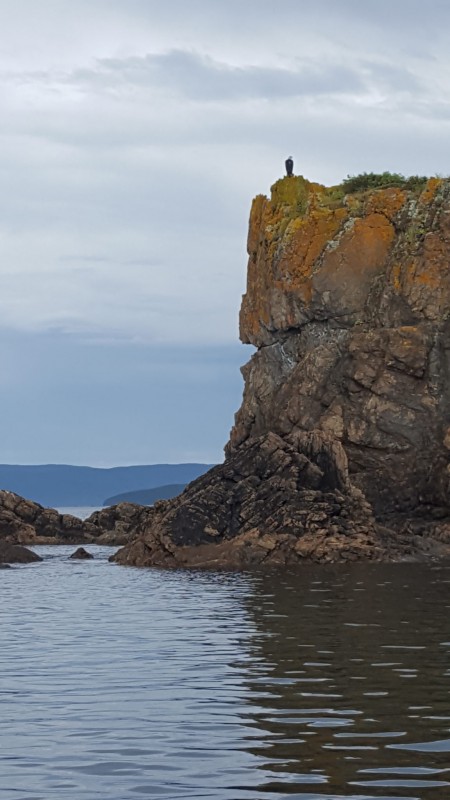 That awesome eagle at the top of the rock. 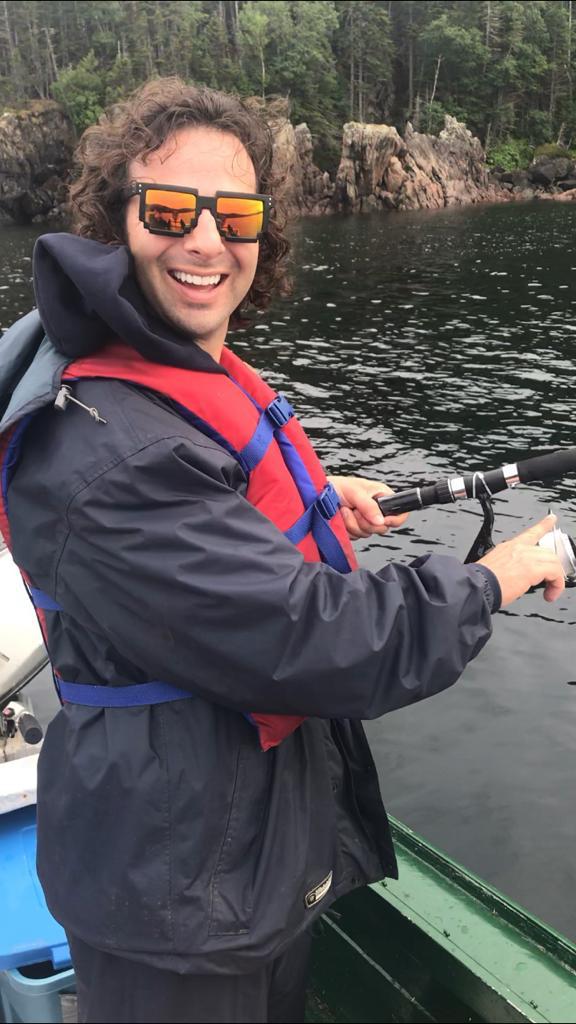 Learning on the fly. 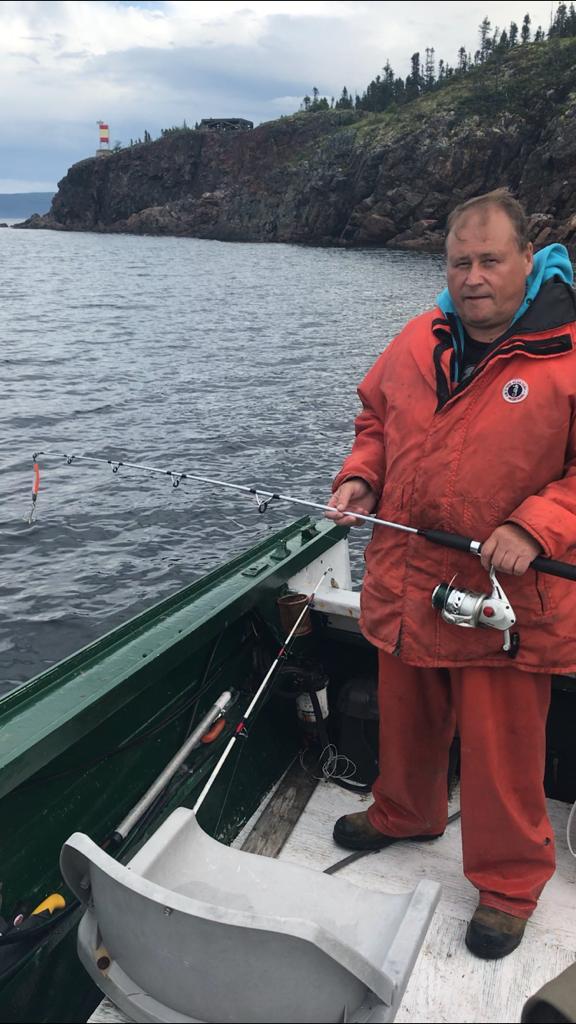 The excellent fisherman and mentor! 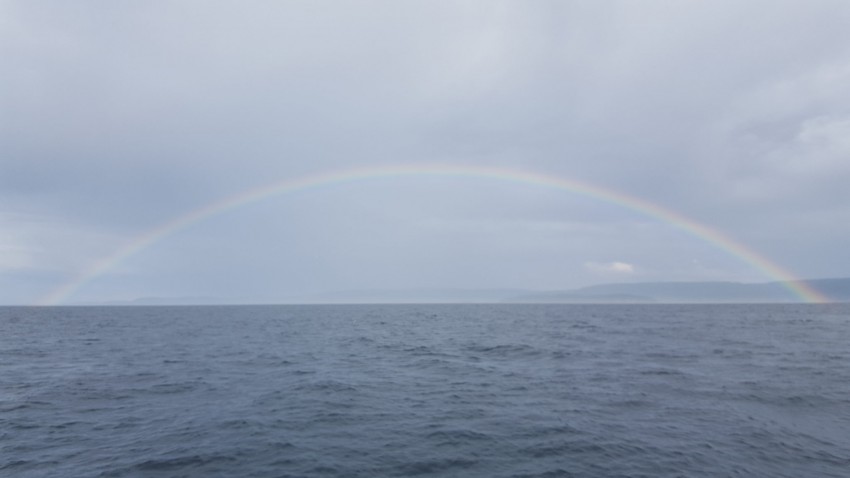 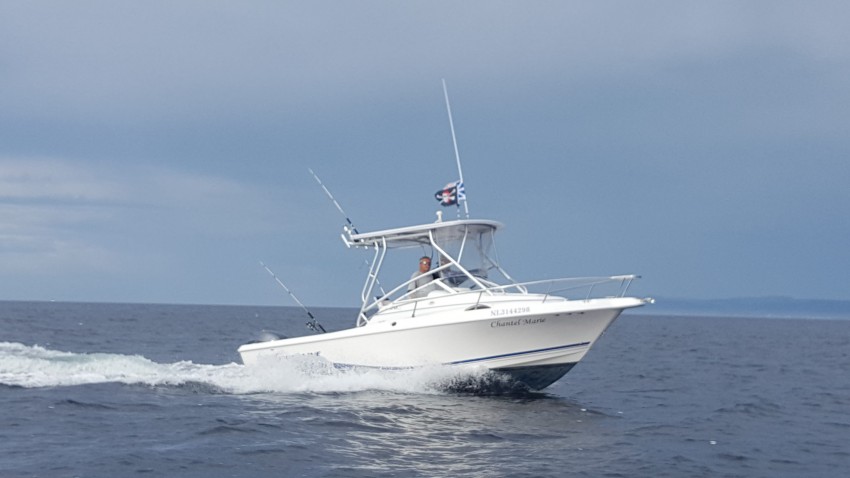 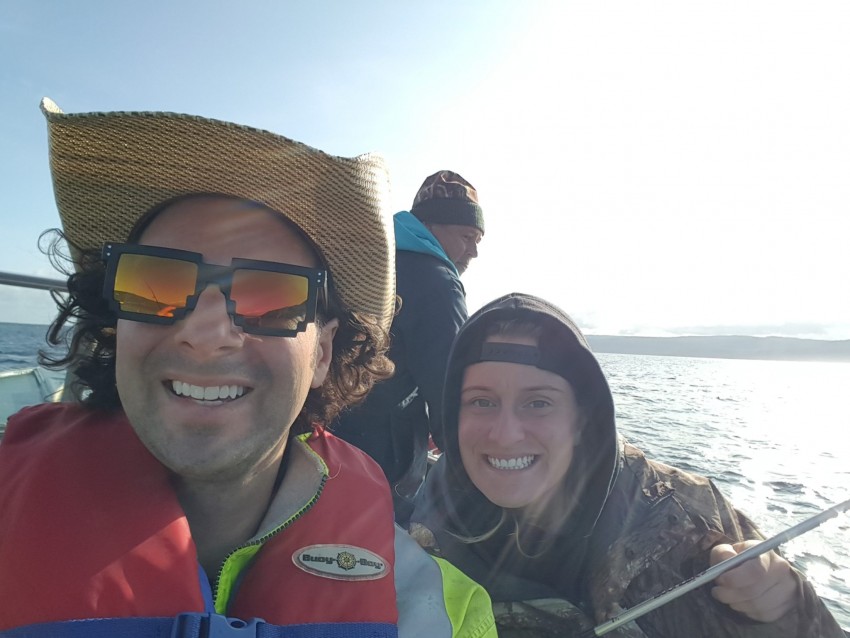 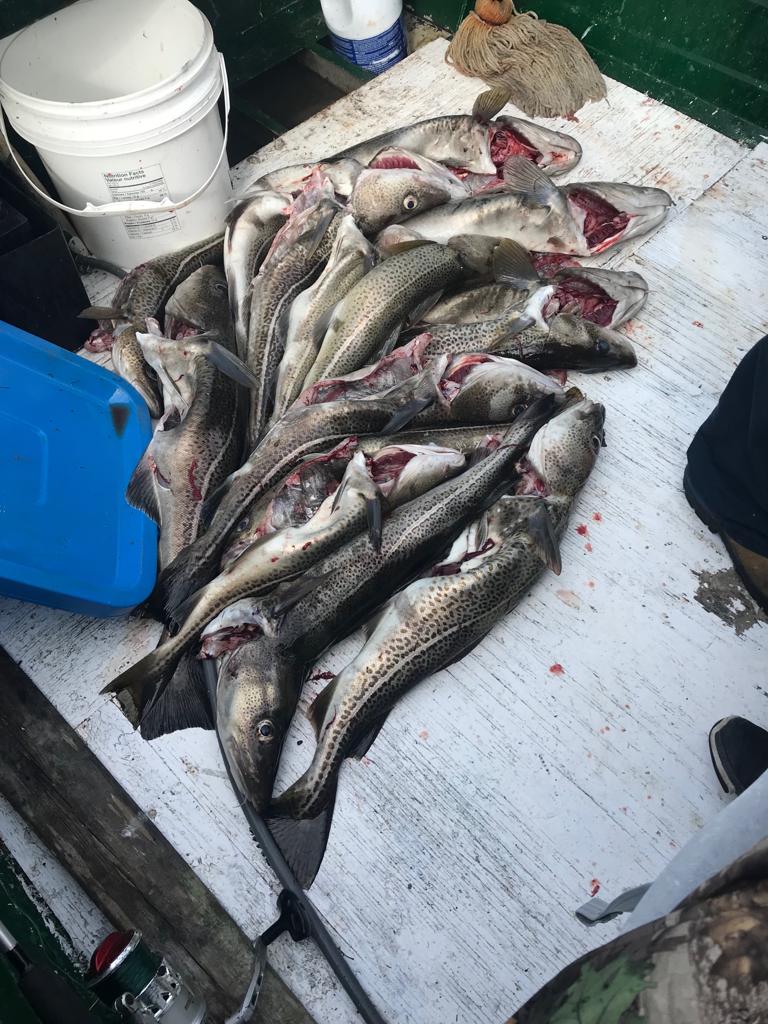 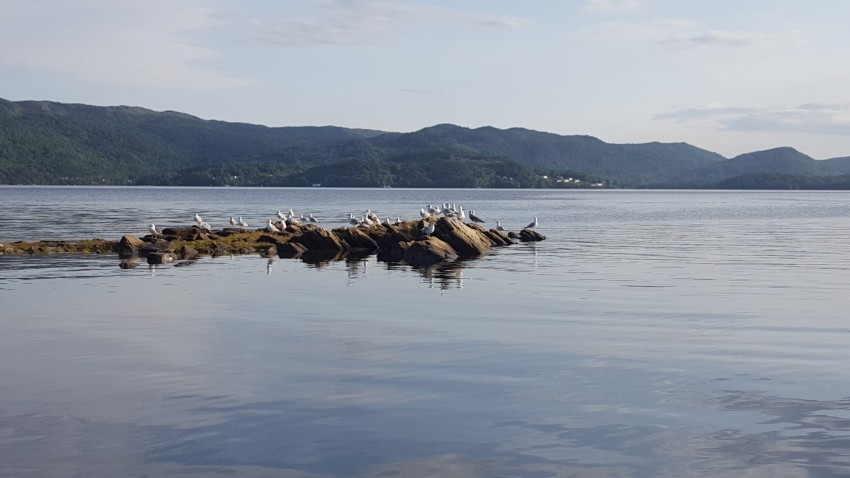 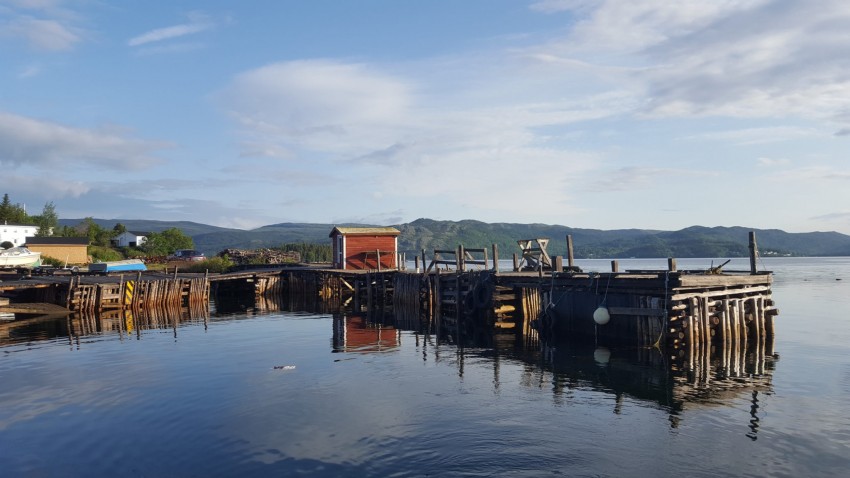 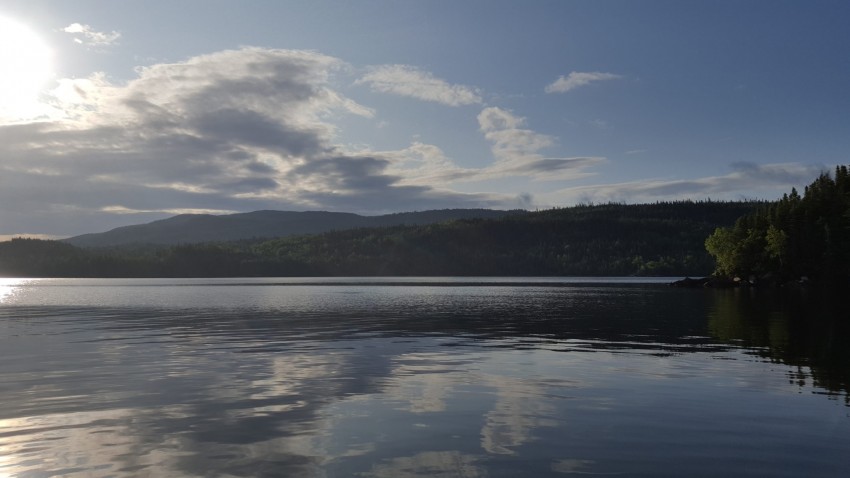 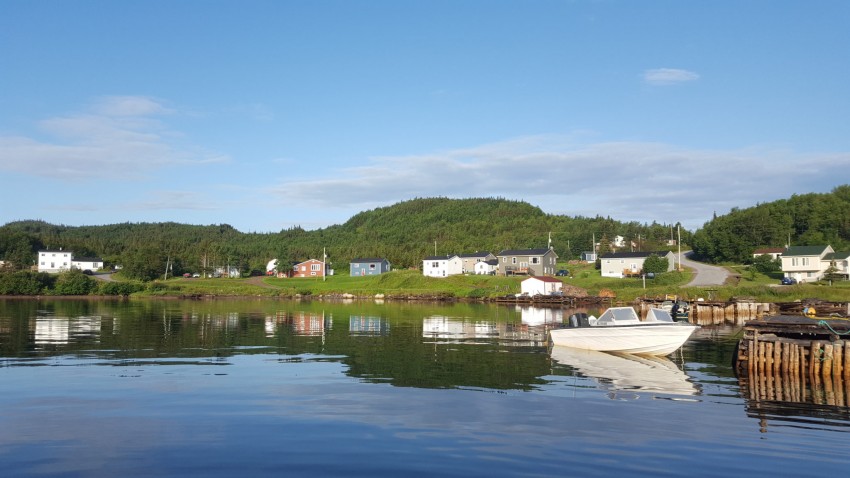 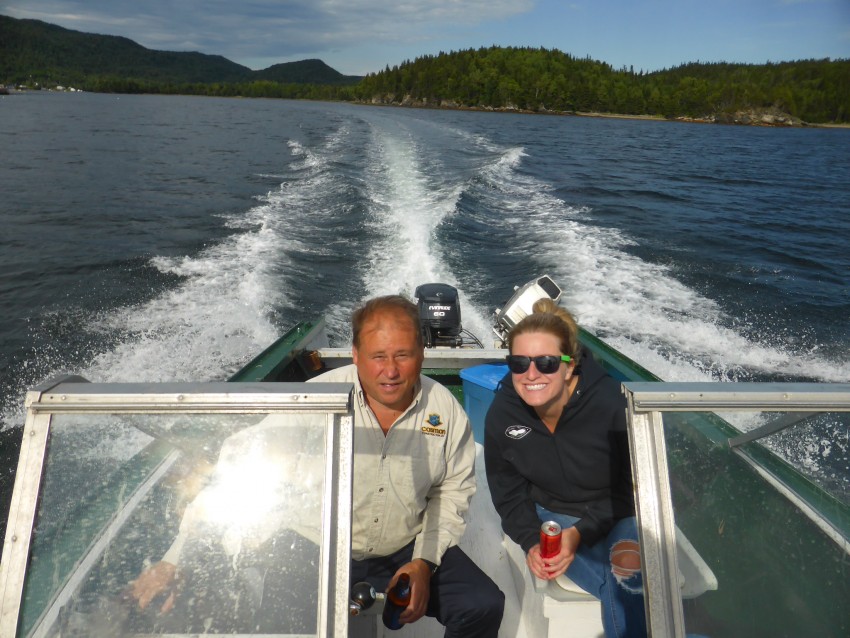 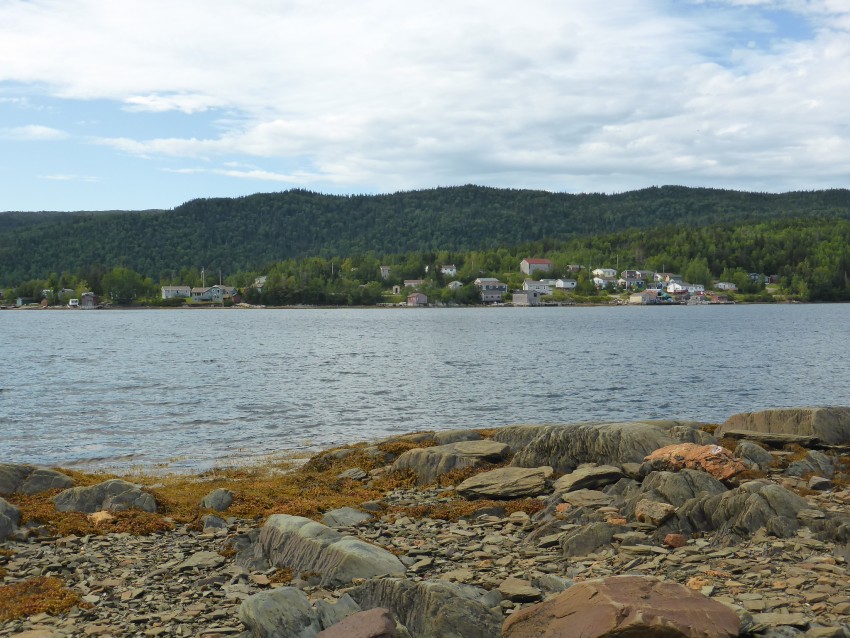 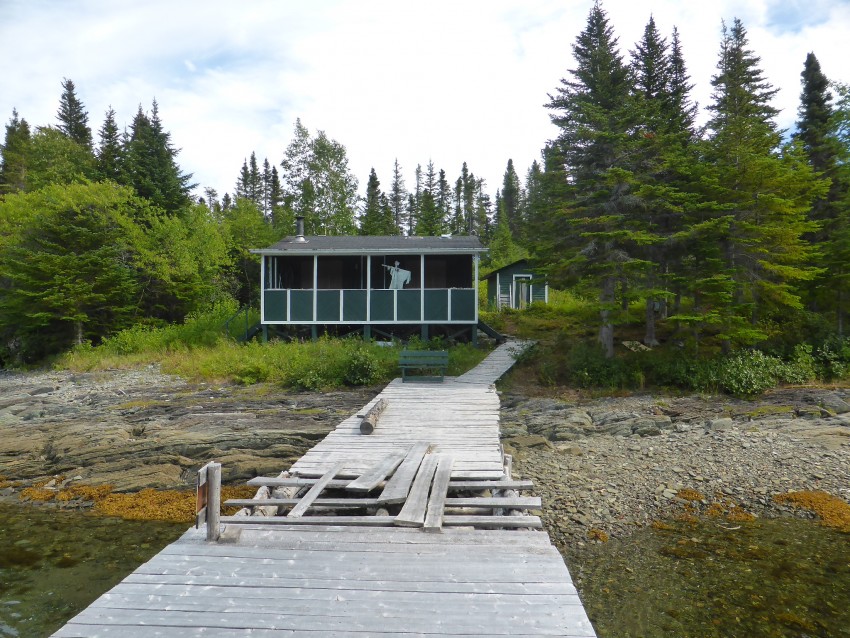 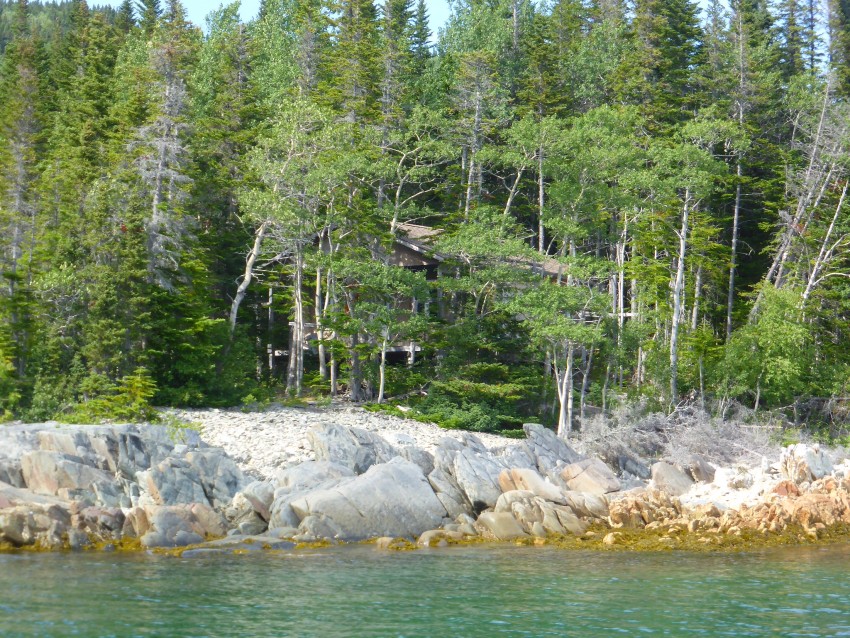 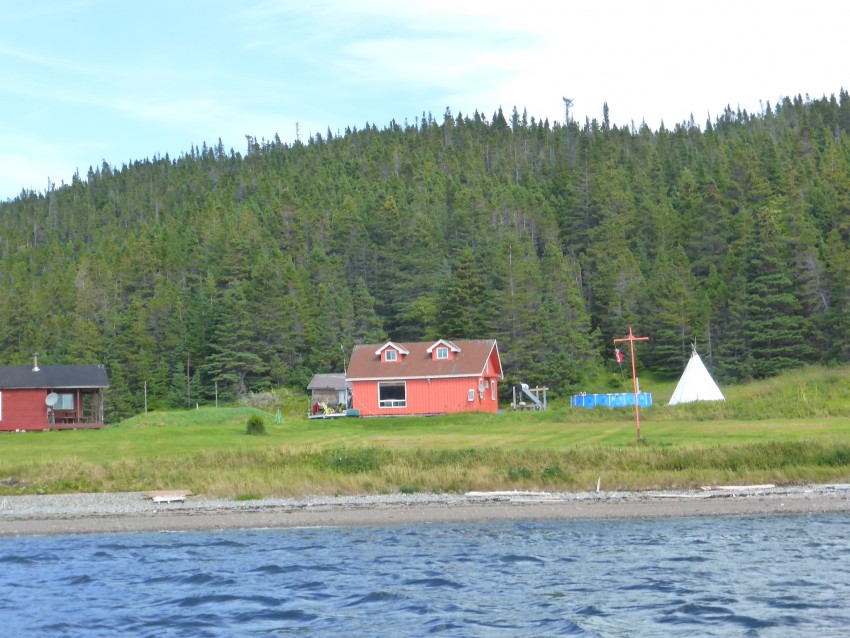 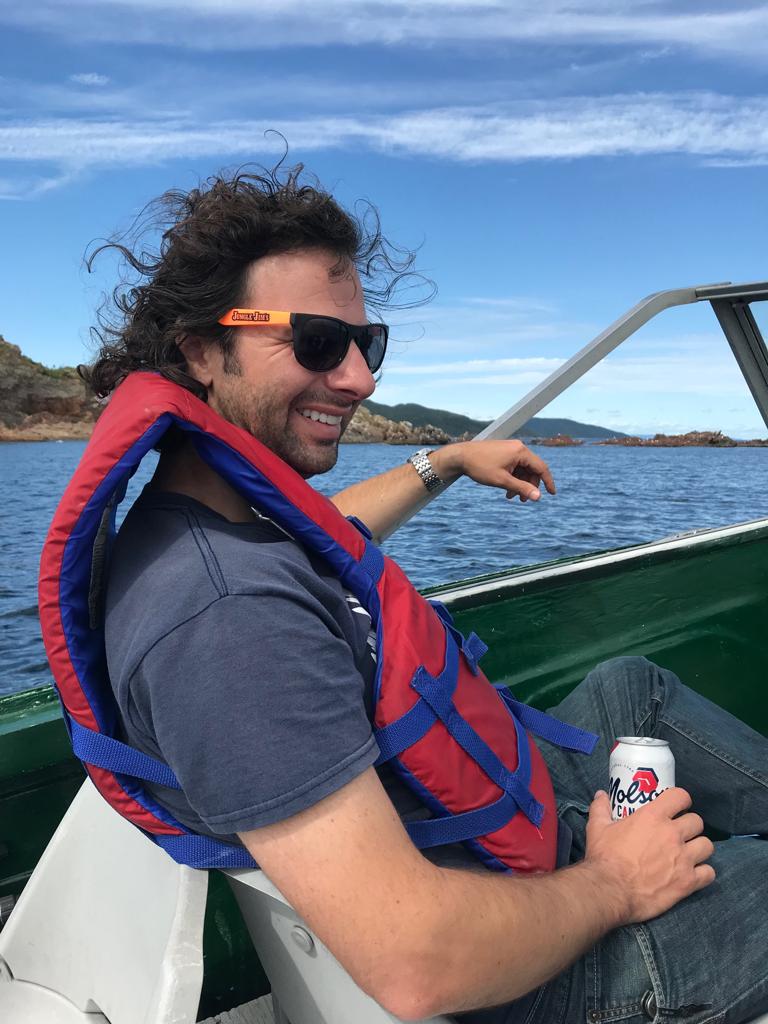 Beer drinking used to be my favorite part of fishing. That was before I got to be a part of the oceans bounty in Newfoundland. 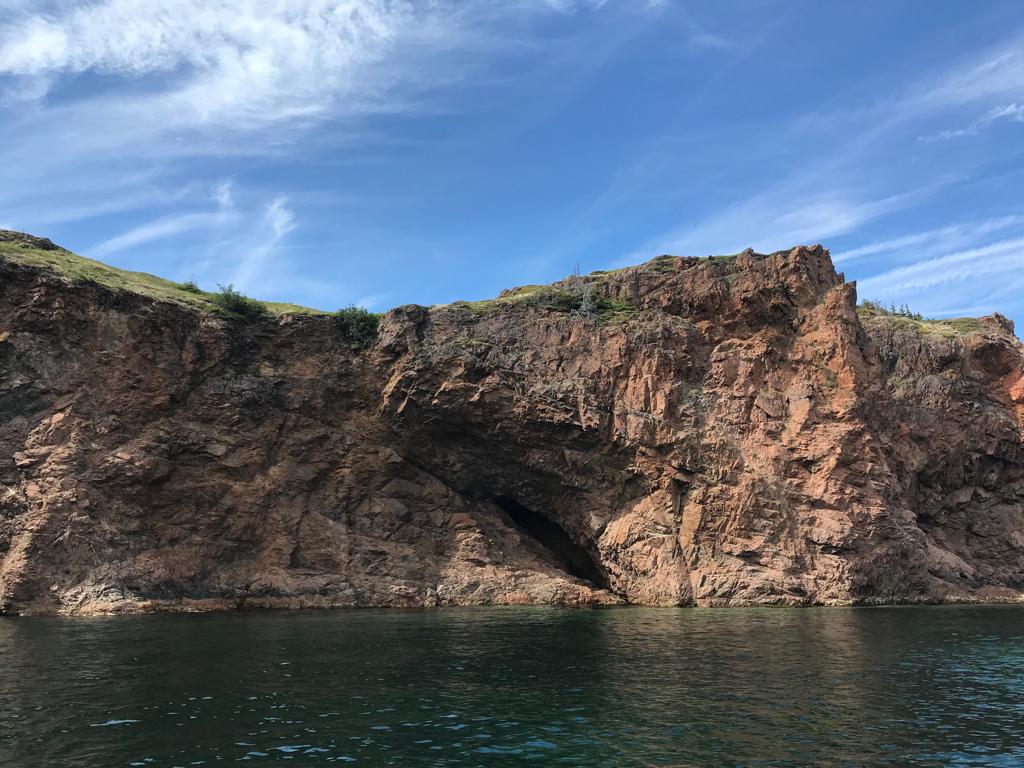 Newfoundland coast is generally pretty easy on the eyes. 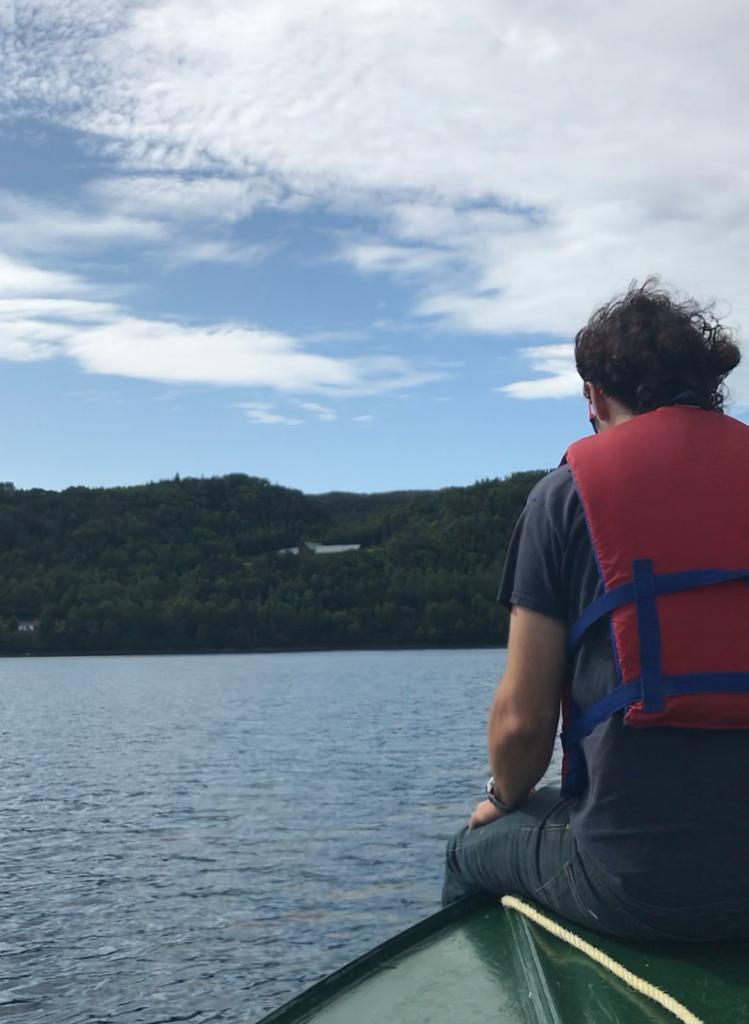 “Life is interesting.  One day you are in Rwanda trying to volunteer to spend time with gorillas in the jungle, that night you end up in the back of a truck full of potatoes in Uganda, and the next day you spend most of the sunlight building an outside shower on the side of a lake for a Dutchman…”
— Life on the Road
[View All]