The Indian Rat on My Naked Leg 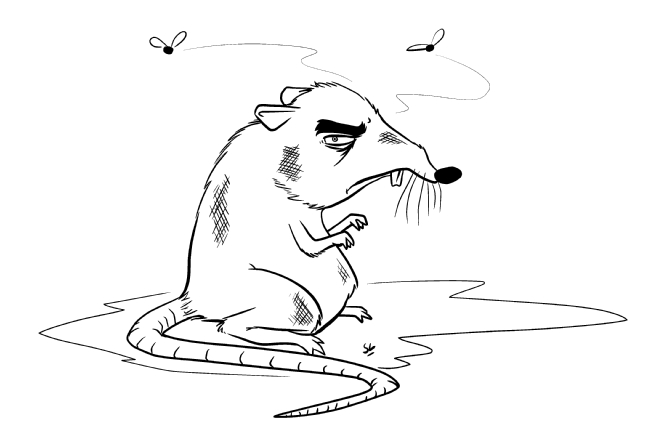 The Indian Rat on My Naked Leg.

…Something confused me a couple of days ago… On the edge of my bed, I had a tissue for some old-fashioned-sleeping-pill spillage, and somehow the tissue completely disappeared. That really puzzled me because it was really gone. I searched everywhere just to try to alleviate my confusion, but I truly could not find the tissue and had no understanding of where could have possibly went…

Tonight right before I went to sleep, a rat came running through my bamboo-hut, up the wall, and disappeared outside again. It was awkward and it made me a little uncomfortable… 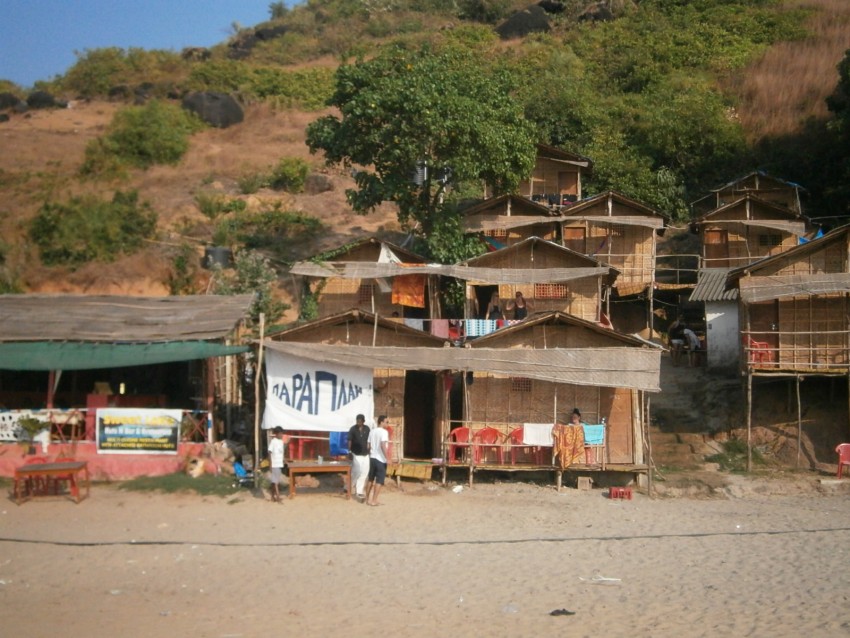 16 February.
In the middle of the night, once I had finally slumbered into my post rat-visitor sleep, a torrential downpour came and found the beach. The rain was coming down so hard that I had to get out of bed and put all of my belongings on chairs because there was a stream running right through the center of my hut. Then, just as I fell asleep again, I thought I felt something bite my finger that was against the wall, just over the edge of the mattress. I jumped up with a start! My skin was not broken, so I wondered if it had just been a dream.

All through the night I would awaken as there seemed to be something inside of the mattress of the bed. I could feel something moving around inside. The situation freaked me out and I had to bang my fists at my side on the mattress, several times through the night, to make whatever was moving inside…stop. Sleep was in no hurry to arrive again after those moments, but eventually I would fall back into dormancy again.

I am not even kidding. Right across my naked leg. I can still feel the cold and clammy feet as the rat used the apex of my shin to quickly launch itself further away from me further down the mattress. Seemingly in one motion from my shin to the foot of the mattress to the floor, the rat raced for the wall and stopped to chew its way through the bamboo to get out. I shone my flashlight on the rat. It did not care about the illumination from the flashlight and was likely grateful that I was granting a better view for an exit plan. I let out a yell at the creature. The rat could barely have cared less. I threw a water bottle into the corner. I missed the rat, but it had zero anxiety at the attempted assault before busting through the bamboo, disappearing outside, and it was gone. All the while the rain poured down.

I did not like having the rat around but I understand it’s situation…I would not want to be out in that weather either.

When I went to the bed to inspect the scene, I noticed that there was a piece of rat-shit next to my laptop that was beside me on the bed. And, my new tissue for old-fashioned-sleeping-pill spillage was gone! That particular tissue was on the opposite side of my body from the laptop, which means that the rat was on both sides of the bed with me while I slept. It also means that the noises I could hear in the night were not just inside the mattress, but were also from the rat next to me on my bed. 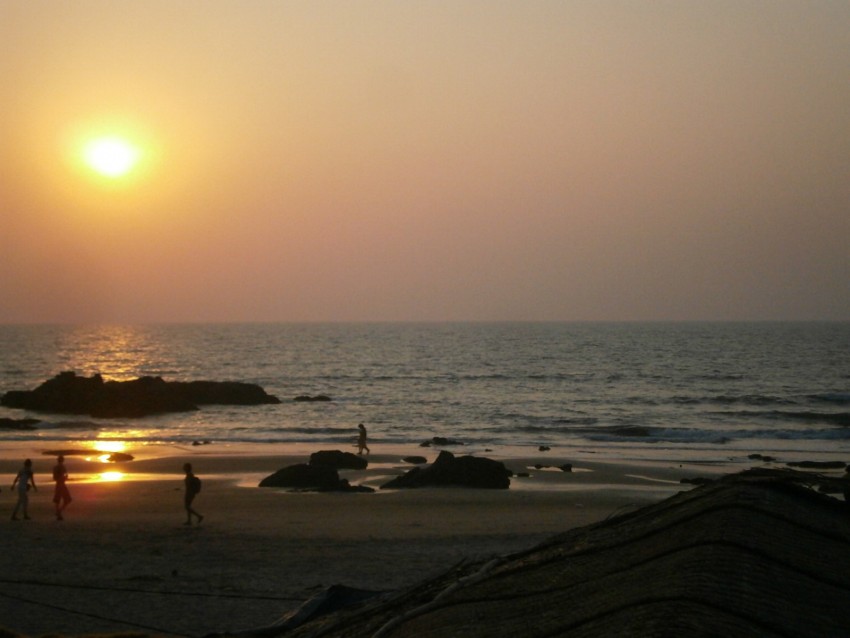 The view from my bamboo hut.

Well, if there was ever a time to move…

I found a new hut at the Shree Sai Guesthouse, which was further down from the Sweet Lake Rat-House where I had been. The new hut came at a price of 400 rupees/day ($5.66) with internet. When told to the man running the Sweet Lake Guesthouses that I was moving out, I disclosed the story of the rat running over my leg and the battle that I had been though. I explained that they need to lock a cat in the hut overnight. My intention was to show him the rat-shit on the mattress and the hole in the side of the mattress where the rat had been living with me without my consent. The man running the guesthouse looked at me and just said, “I know…” as he was done with me. He would not even bother to come and look at my described war zone.

‘I know?…! You are telling me that you know about this situation?! A freaking rat is annoyed that people are sleeping on top of it’s mattress-house and your response it to do nothing about it and you just keep on renting out the room to travelers coming though?!’

“She arrived and met me on the road at the highway. I welcomed her to Big Beaver. She looked at me with no beard and no mustache. She cocked her head, studying me and said, “You look different...” I said, “Handsome, hey? I like that you got to know me when I had a beard and then a terrible mustache, so you got to know my personality before you got to see how handsome I am. I am so tired of being treated like a piece of meat... Now, finally, after getting to know what is inside of me you get to see the real outside!” That made her laugh.”
— Newly-Handsome Non-Stranger
[View All]