Kigali: A Vacation from Africa in Africa 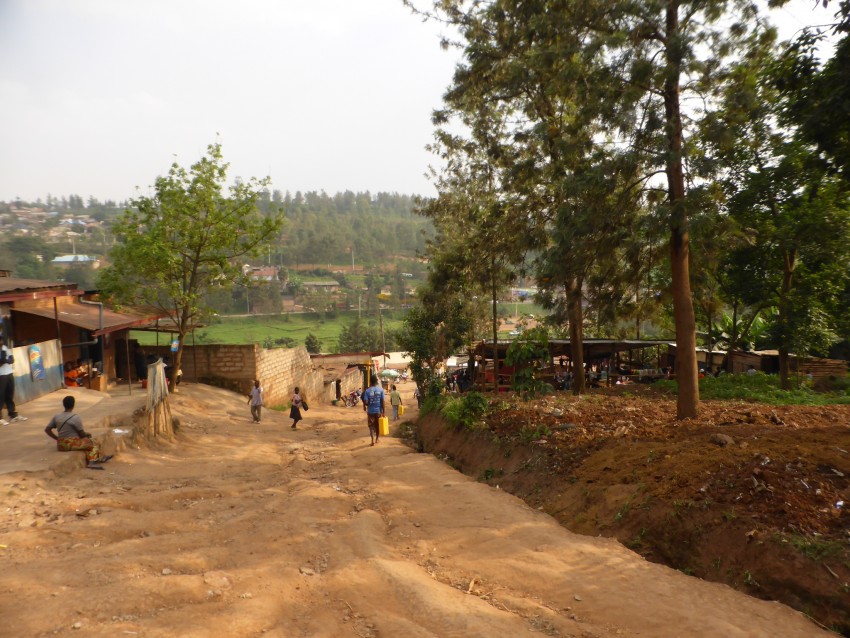 Kigali away from the shiny center.

Kigali: A Vacation from Africa in Africa.
Jan 29 (cont’d)
I seem to be living on peanuts…  I mean the actual nuts, but I am living off of nothing as well.  Peanuts are my go-to for fighting off hunger when I get too preoccupied to remember to eat and then realize I had better put something in me to alleviate the void.

They roast and salt them in the skin, that you eat as well, here and they are probably the best peanuts I have ever had in my life.  If I end up with high blood pressure because of salt intake, it will be due to this phase of my life…

After I finished with the Kigali Genocide Memorial, I came back to the hotel to check in again.  When it got dark I went for a walk to find a SIM card for my phone.  I came across a young guy at a small table who seemed to be selling what I needed.

Word of mouth works fast in Africa. My guy told a guy and that guy told another guy and then two minutes later a guy arrived with a SIM card.  I paid about $0.80 for it, but it was one of the large SIMs and no one had the device to chop it down to the right size.  Everything in Africa seems to be a challenge that needs to be manipulated somehow…

So, a knife showed up, along with seven onlookers who were curious to see what the Caucasian man might be doing.  It is funny how curious people get in Africa.

The guy, who had been sitting at the table, used his knife to hack the SIM down to size, but his knife was dull.  I pulled my jack-knife out of my pocket, much to the amazement of everyone standing around who “Oohed.” 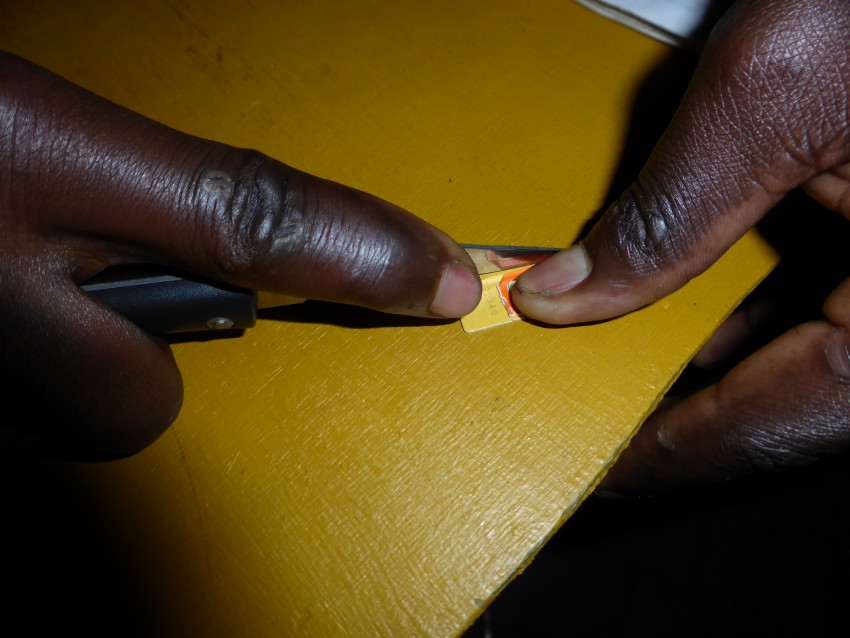 When my phone was up and running, I asked my new friends where I could go to eat.  They sent me to a bar where I drank a 720ml bottle of Primus and some girl brought me a soup-meal called “Biollo”. It is a red broth, and inside is carrots, potato, banana and some small pieces of stomach.  On a plate beside the soup, she had a large chunk of beef that she chopped up for me and dropped into the soup.  It turned out to be delicious!  There was a side of liquid hot sauce that was so blunt and so spicy that when I dropped some of it into the soup, it did not even separate.  It was just a glop of hot trouble. 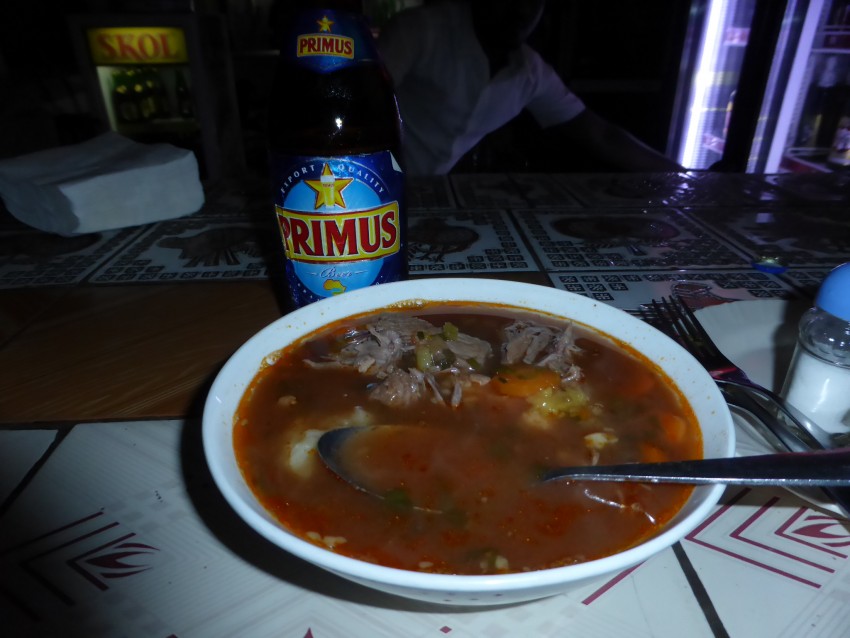 I had one more beer while chatting with the owner of the bar and then walked home at midnight.

Rwanda is more expensive than Tanzania or Uganda as I am paying about over two times the price for a room for the night, but for a soup in a bowl twice the size that normal people are used to, with a side of beef, a 720ml beer, a regular 340ml beer and a bottle of water I spent $5.  So, I guess there is no need to complain.  And what is best is that it feels so nice to feel safe.  I had not felt truly safe since I was in Europe and I finally feel that here in Kigali.  It is a real treat to feel completely comfortable on the streets after midnight.  I never realized before how great it feels to feel completely at ease.  Everything feels so honest here.  Even the motorcycle-taxi drivers do not try to cheat me, and that is a testament of something…  I will leave soon, but Kigali is a vacation from Africa in Africa.

“Many touts had been trying to lure me into tours on the way to the Forbidden City. On the way back a man and a woman were standing on the sidewalk as I went to pass by. The woman said to me, “Can I interest you in a tour of the famous Great Wall?” I did not stop moving as I said to her, “I’ve never heard it.” The guy standing with her to hustle for business laughed and laughed as I got away in her confusion.”
— Beijing, China.
[View All]