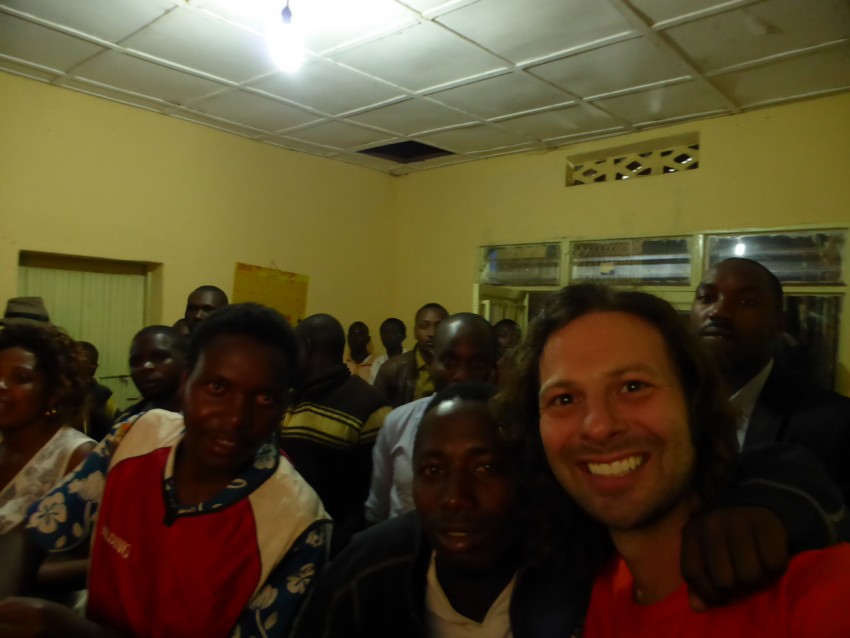 I returned from my gorilla trek to Kinigi.  I love Kinigi.  It is my favorite village of all of my African travels.  As soon as I went to the market I ran into Theo.  I wanted lunch so I brought him along.  The tour guides from today had earlier told me to eat in the hotel where I am staying, saying it was the only safe place in town to eat.  However, I think they were assuming that I am just another flashpacker with a lot of money.  Theo knew of a fantastic place where we had great meals for $0.65.  That is more my style!

In the evening I met with Theo and Jackson who took me to a bar where we watched Congo play Mali in the African Nations Championship (CHAN) final game.  We arrived early and sat right up at the bar while a crowd eventually built up around us.  The game was on the televisionm but the bar decided to play the audio through the radio.  I am not sure of the reasoning for this, but it meant for an approximate six-second delay between what would happen on the radio and what was on the television.

It makes for a crazy phenomenon.  You hear the crowd roar so you know something is coming up and really pay attention.  What is really crazy is when the radio announcer screams out “GOOOOAL!!!” and you know it is going to happen but you cannot quite figure out how it is naturally going to develop.  It is like trying to predict the future.

It was pouring rain in Kigali, where the game was taking place.  Football in the rain is way more entertaining.  Players are falling down honestly everywhere on the slippery grass.  The game and the situation clearly required full attention because it took until the 20th minute of the game before the first stretcher to have to come out to take players off the field.  It was legitimate pain for a hard head knock between two players.  But, that incident seemed to trigger memories in the players to be dramatic pussies because then at minute 21 another player went down, a trend that would continue…

Congo won the game 3-0, much to the celebration of the Rwandan fans.  Theo and Jackson walked me back to my hotel after the game and I checked in for the night. 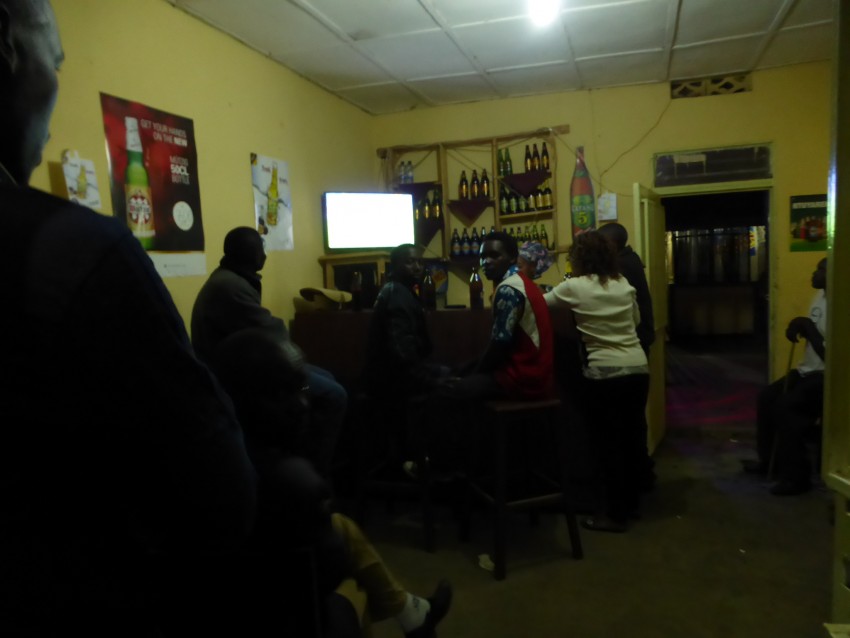 Notes
– It is okay to pick your nose in public in Rwanda, no matter if you are male or female.  It seems to be perfectly acceptable to be having a conversation and making eye contact with someone while digging a sniper out of your nose.

– The current president of Rwanda is a man who was responsible for helping to stop the genocide in 1994.  The people of this country love him, and they cheer every time he is on the television.  He is a very skinny and frail looking man.  He probably weighs 60kg.  It seems strange to see a man of his stature in his stature.

– Hardly anyone in Rwanda smokes cigarettes.  I gave an older man pipe tobacco yesterday, but that is the only time I have been around it.  I cannot recall seeing anyone with a cigarette hanging out of their mouth since I arrived in this country. Sometimes, it is fun to be the devil.

-Somehow, there was a mix-up and I ended up with the phone number of someone who is obviously very popular in Rwanda.  Something happened when I was in the MTN Service center and I now have the phone number of Patrick Roger.  I cannot quit thinking about how pissed I would be at company for losing my number and someone else getting it.  However, I am kind of enjoying it from this end though every time I have to deal with a “wrong number”. I reject calls that come from numbers I have already dealt with and recognize who still is trying to call over and over again anyhow as I wear a bastardly smirk.  Patrick Roger seems to be a popular man so my phone rings a lot.  It makes people feel important because my phone keeps on ringing but I refuse to take calls in their presence…!

“If you want to save money when you travel, end up in a fling with an attractive woman who runs a restaurant.  That will really take care of some costs!  If she has a washing machine, you have basically achieved platinum status.”
— Education
[View All]