A Manhattan free walking tour is much less interesting than you might think.  It is a lot of talk about millionaires and billionaires and how much money they have and the buildings they made, and how they left $20 million to their dog when they died.  And there I was yesterday, spending an extra hour on the internet to save $26 on my plane ticket by using all of the internet manipulating techniques I could think create.

There were some interesting things that I did learn on the Manhattan free walking tour, so it was not all excessiveness:
– In 1992 Disney moved into Times Square and that changed the face of that part of the city.  Before Disney decided to move it, Times Square had prostitutes and XXX stores.  After Disney came in, other family businesses came in, choked out the seediness, and Times Square cleaned up.
– They taught us on the Manhattan free walking tour that in the 1970’s, a clause came in that made all buildings over 18 floors to be constructed in a wedding-cake shake, up-in-up-in, to allow sunlight into the center of Manhattan and to prevent such strong wind tunnels when the blows come in from New Jersey in October.
– The Chrysler Building is 83 years old.  It had been cleaned two times in its existence because stainless steel is more self cleaning than brick.  There was a competition in the late 1920’s between which would be the tallest building in the world, the Chrysler Building or the 40 Wall Street Building.  It was a neck and neck race in New York City.  The Chrysler Building was a few feet shorter than its construction competitor at completion.  Then in the middle of the night on the 23th of October 1929, workers pushed the needle of The Chrysler Building through the top of the new skyscraper in secret and when the world woke up, there was a new tallest building in the world.
– As a result, the 40 Wall Street Building has the world record for shortest time as the tallest building in the world.
– During the depression, the mayor of New York City had to hire extra guards at the zoo to keep people from eating the animals in there.
– In 1954 the first steel and window building was constructed, which was the end of the fashion of brick and stone buildings.
– On the Manhattan free walking tour, the told us that before the printing press, only the wealthy had access to books as they had a scribe hired to create books for them.  The printing press changed all of that.
*I wonder how the wealthy felt about the poor having access to books and information.  I would bet they hated the idea of the printing press as it would mean relinquishing some of their power.

After the Manhattan free walking tour, I met with Irmante after she finished work.  We caught a bus to meet our friend Maryam who we met in Buenos Aires.  It is so cool when that happens.  We went to Nikki Hibachi, a Japanese grill where they cool your food right in front of you and shoot stream of sake at you to catch in your mouth while saying, “Yeah baby,” in a thick accent.  It is a ton of fun and the amount of food you receive is enormous.  A hibachi restaurant is a very fun time of a lot of laughs.

Irmante, Maryam and I went to Harlem for a walk.  Irmante told us that she learned that ‘Window shopping’ is an expression that came out of Harlem because black people could only look at clothing though windows.  If they tried them on, they were forced to buy the garments.  What a crazy time that was in society.  Yuck.  We walked past the Apollo Theatre, a special place in music where wonderful musician names are in plaques on the sidewalk in front.  A very cool place.  We went to the Red Rooster where a soul band was playing and I drank ‘Sugar Hill’ beer.  It is hard to drink that without singing the ‘Gangsta’s Delight’ rap in your head the whole time.  Red Rooster is supposed to be President Obama’s favourite place to hang out.

Back at the house, our friend Anne returned from Florida.  I had not seen her since we were all in India and it was awesome to meet with her again.  I think I could live in this city for a while.  Maybe in a year or two… 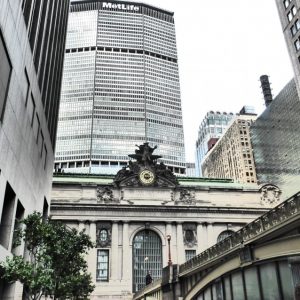 Grand Central and the Chrysler Building. 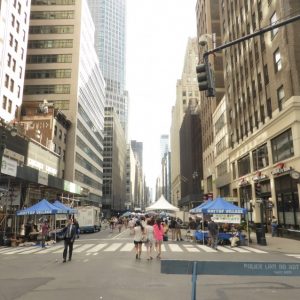 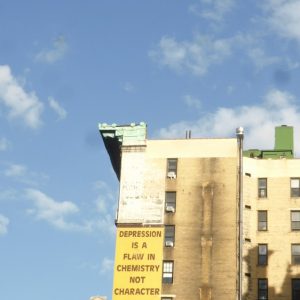 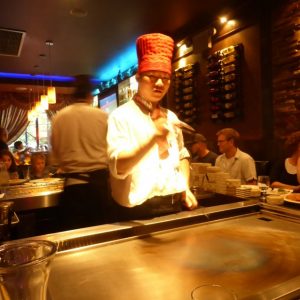 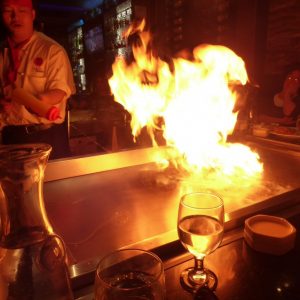 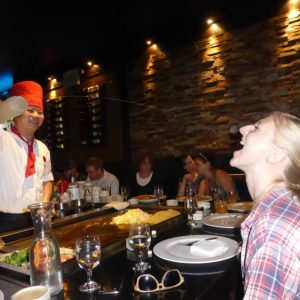 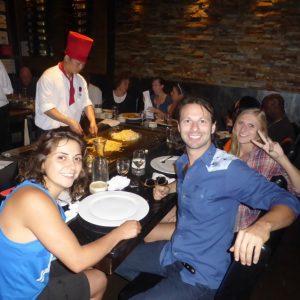 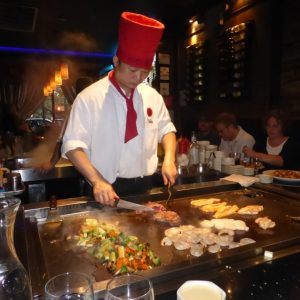 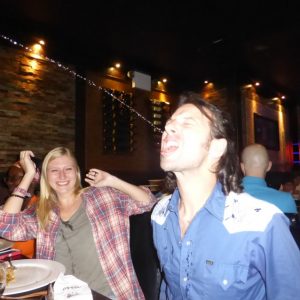 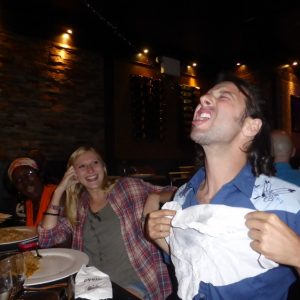 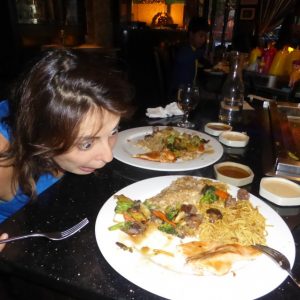 Yea, a lot of food. Look at those eyes. Awesome Maryam. 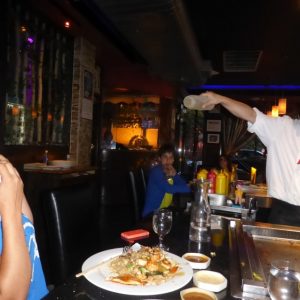 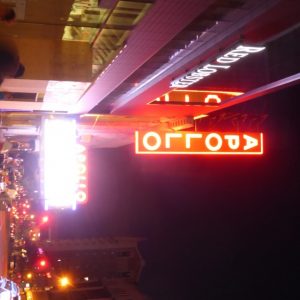 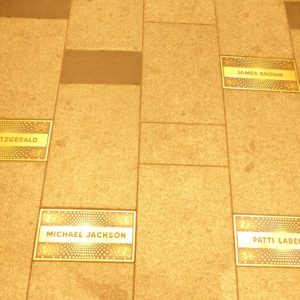 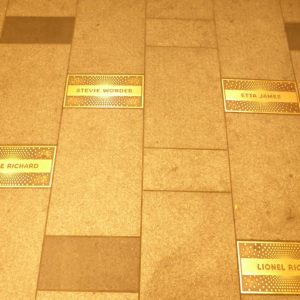 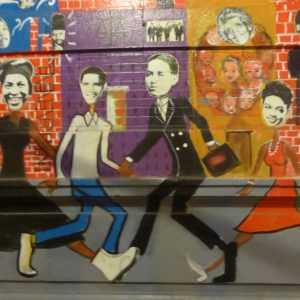 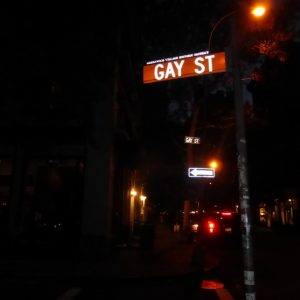 “Deaf people touch the backs of their hands together for cheers. Think about how cool and clever that is...”
— The More You Know...
[View All]