Top Things to do at PEI: Prince Edward Island

It was noon before we got out of Sackville, NB. Maybe it was 13:00. Whatever time it was, it was later than we wanted to get rolling that is for sure. Life has a way of taking a lot of time to get the day moving!

We headed towards Prince Edward Island, Canada, and arrived at the Confederation Bridge. The 12.9km Confederation Bridge was completed in May of 1997 to link PEI with the mainland, bringing about 4,000 cars daily to the other side of where they started! It is faster than a ferry, gives a bird’s eye view of the water below, and it makes your vehicle think about what life might have been like had it been fabricated into a boat instead! And the bridge is a work of art. 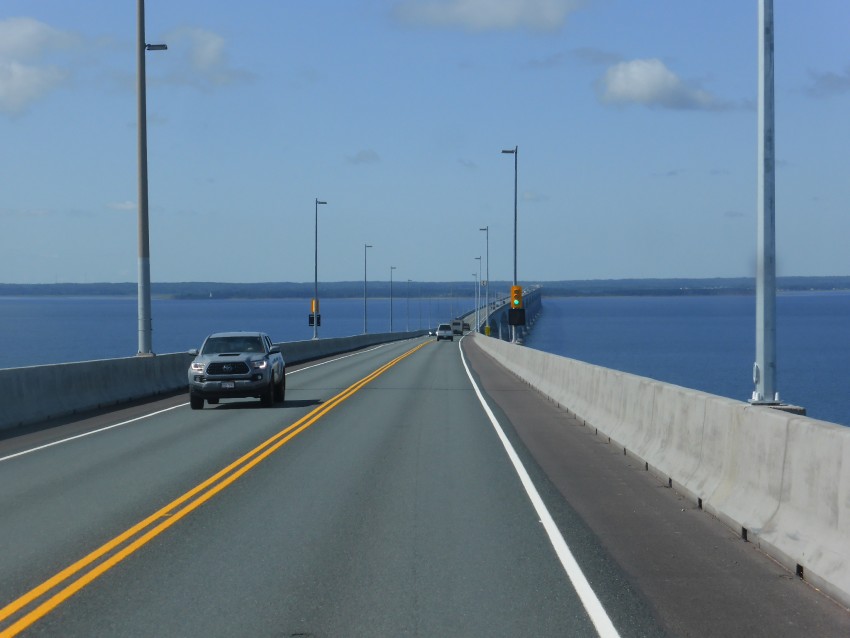 PEI has better gas prices than New Brunswick, narrow roads, and a lot of agriculture. There are regular cereal crops in the rural areas and a lot of potatoes! Prince Edward Island is as famous for the potato as it is for the red earth in which it grows. Where the locals are not busy with planted crops, dairy cows dot the land to thrive on the grass and as a result many beautifully painted barns make their presence to house the animals. And in keeping with the barn theme, plenty of the houses are built with the same shape. 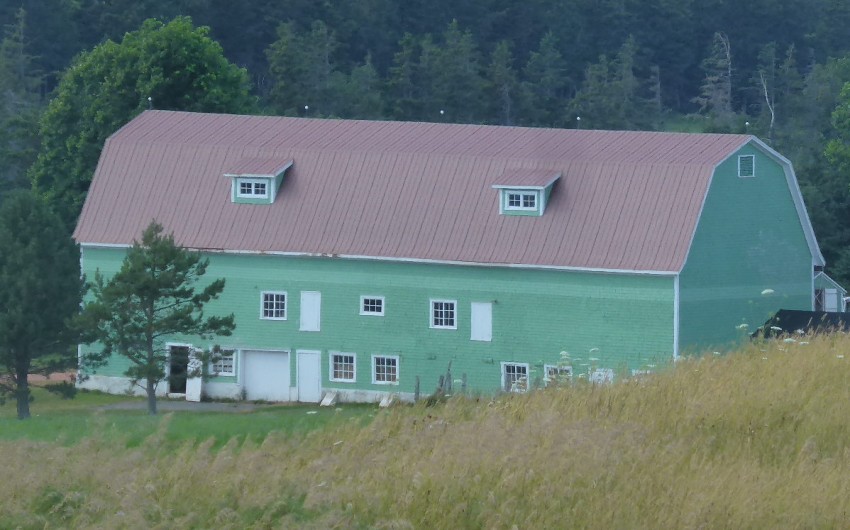 If you are looking for land with a house and barn and a barn as a house, PEI is where you are going to want to move!

There are roads everywhere to take you around the island. We chose one to take us to the Anne of Green Gables Museum. The book, written by Lucy Maud Montgomery, is considered a classic children’s novel and the book has been translated into 36 languages worldwide. Somehow, it has become a mega-hit in Japan, so there are plenty of Japanese tourists in PEI to live out their youthful fantasy of seeing the house and museum. There is a beautiful barn on the property as well and stagecoach rides to give you the feel of the times. 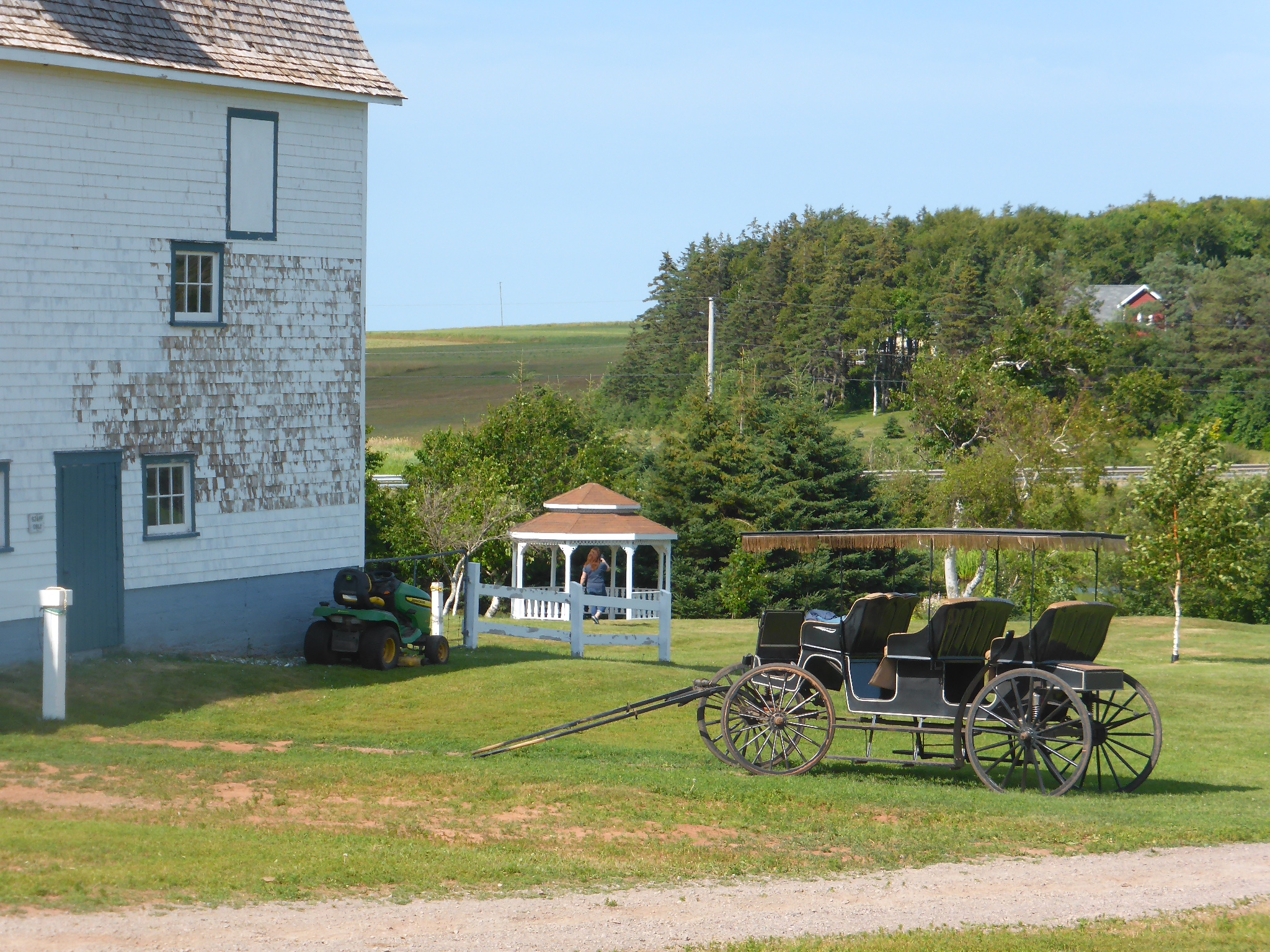 The Anne Of Green Gables Museum.

Not Larry was in PEI when she was on holidays as a child. Her family took her to Sandspit Amusement Park where she developed some fear issues involving the Ferris wheel when a young cousin had been rocking the seat they shared on the big wheel. Childhood memories are strong… So, we hit the rollercoaster the get us warmed up and she conquered her 20 year fears on the Ferris wheel. I made sure to not rock the Ferris wheel myself until we were on at least our third circle! She handled my antics with ease. Life is about growing!

Well now that is fun!

After a run on the go-carts, Not Larry and I dropped into Cows, which is an ice-cream store said to have the world’s best ice-cream. The ice-cream was good, but the highlight for me was when I entered the building and excitedly remarked, “Holy crap!” to Not Larry at the selection of flavors. A boy about the age of four overheard me and repeated to his mother, who had not heard me, “Mom, holy crap!” She looked at him with a very confused face to wonder where he had learned to speak like that. I felt a tiny bit of guilt, but I was also giggling very hard at the entire situation. I am an accidental bad-word teacher…

Not Larry headed to Cavendish Beach where we relaxed on the red sand, had a beer, took some ease into the day. The beach setting in PEI is very serene with the lush green in the background, the blue ocean in the front, and the red sand in between the two. This island is a pretty place to spend some time.

As darkness came to capture us, Not Larry and I headed to Charlottetown where we drove Beatrice around the city like she was a small van, making u-turns in the middle of the street when we were going the wrong way. People stop what they are doing to watch that spectacle. We have been giving Beatrice the illusion that she is our very thin and small lady. She got a lot of exercise on all of those miles to get here and has every right to think that she is in fantastic shape. The confidence is good for her! If we keep her feeling good, she will probably run further and faster for us. 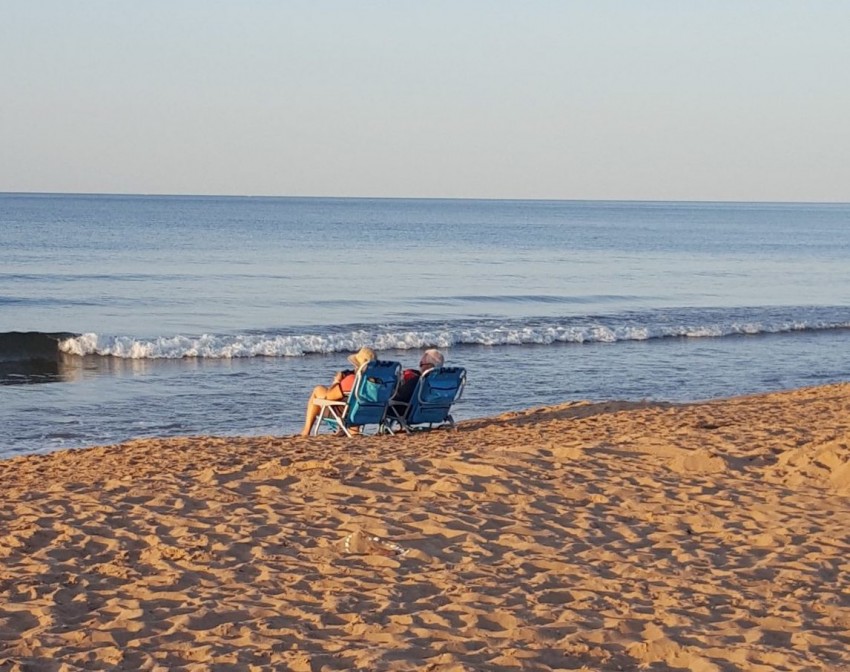 The beautiful red sands of the PEI beaches in Cavendish.

Not Larry and I parallel parked Beatrice on the street, almost completely in one stall, and went out for dinner with old time music that my father would love to have certainy enjoyed taking part in. PEI feels a little like Saskatchewan agriculturally and a little like Newfoundland aquatically; so it is sort of a place where mine and Not Larry’s worlds collide. Add in the violin-lead old time music we got to enjoy with dinner, and both of us felt pretty at-home in a foreign province.

The alarm went off at 07:01.
It was time to get Beatrice off the downtown street anyhow as road construction was taking place all around us. The city workers were at it early. Were they trying to build Beatrice into the streets of Charlottetown as a beautiful piece of art? We did not know for sure, but we did not want to find out so I fired her up and got a move on.

Not Larry hung out in bed while I found a new place to park Beatrice for a little over an hour in the morning to work on some writing. At 09:00, I called the ferry which would take us from PEI to New Glasgow, Nova Scotia with an inquiry about getting the motorhome on the 11:15 crossing. The man told me that it would be $108 for Beatrice to be a part of the trip, but he could only take reservations for RVs on the first two ferries of the day and that the third I was asking for could only be reserved for cars. He said that anything bigger than a car would be a first-come-first-serve basis. That seemed like too much of a gamble with us having to catch a ferry in the evening from Sydney Harbour on Cape Breton Island to get us to Newfoundland, so we decided to head back out on the Confederation Bridge again for $47. Taking the ferry would have shaved 1/3 of the drive off the trip and only cost an extra $61, which would have supplemented the fuel, but we needed certainty… So we drove around. In reality, Beatrice would have probably been bored on the ferry anyhow as our babe absolutely loves to slurp back gasoline and chew through those highway lines with a steady hum.

She is a blacktop lady…

*The very fun video of the day is up at the top! 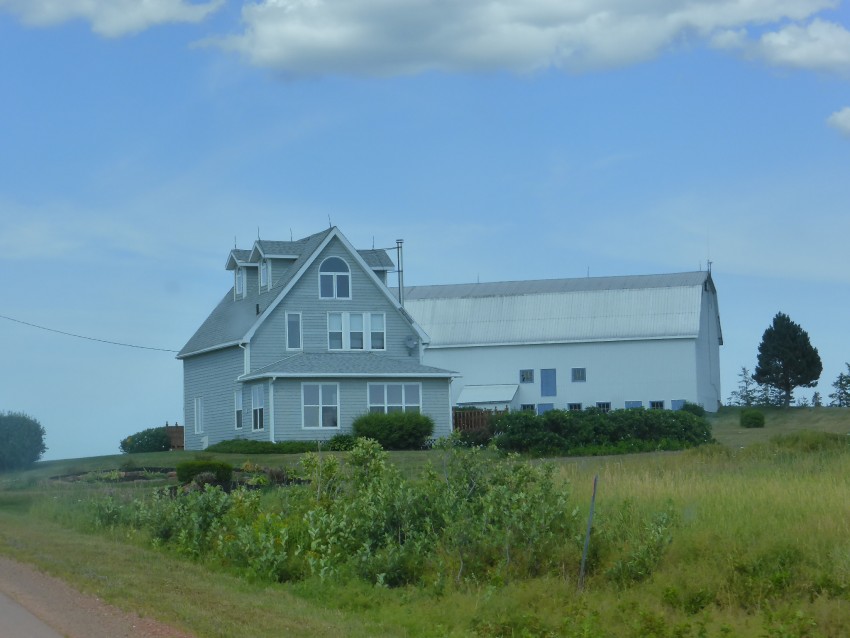 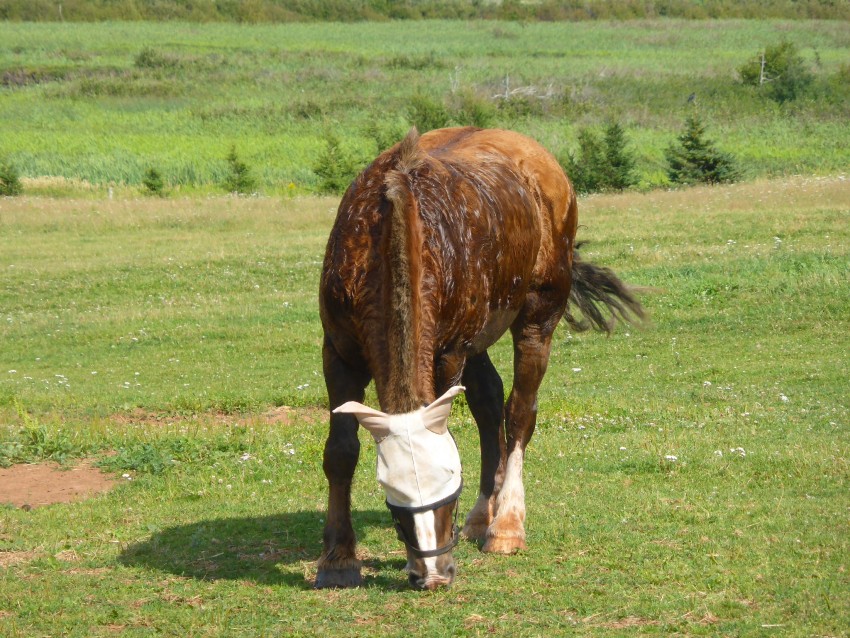 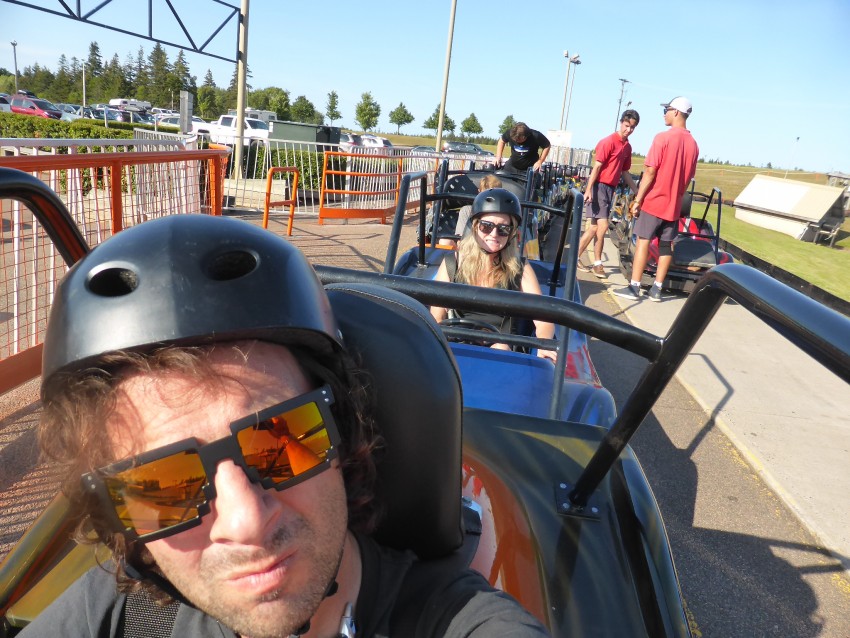 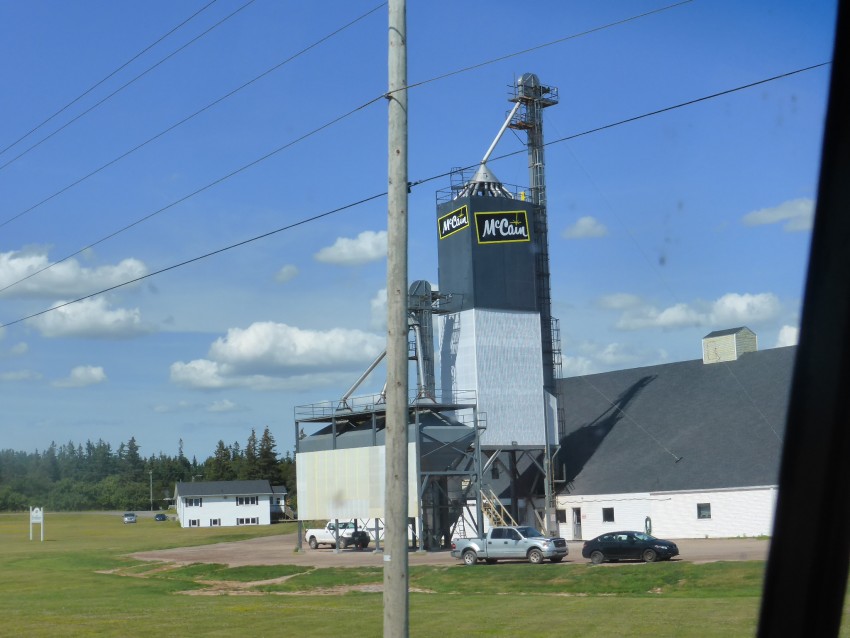 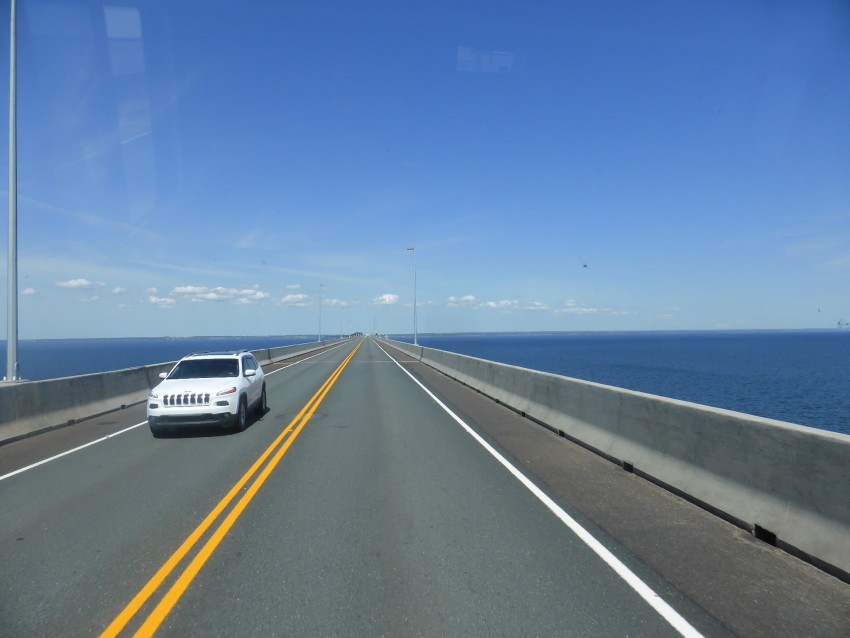 “I was lucky to meet a really chatty 42 year old Filipino woman named Dessa who kept me entertained on the way home in the jeep share-taxi. She works in a resort told me, “One guest, he come with a cat. Is 15 kilograms! I think cat is a lion! No. Says, ‘Is cat!’ I don’t know cat like this. Only think be lion. In Philippines cat is small like the people. I never expect that so big cat!” Filipinos are great!”
— Tagbilaran, Bohol, Philippines.
[View All]