Regina to Sundre: A Gal I Grew Up With 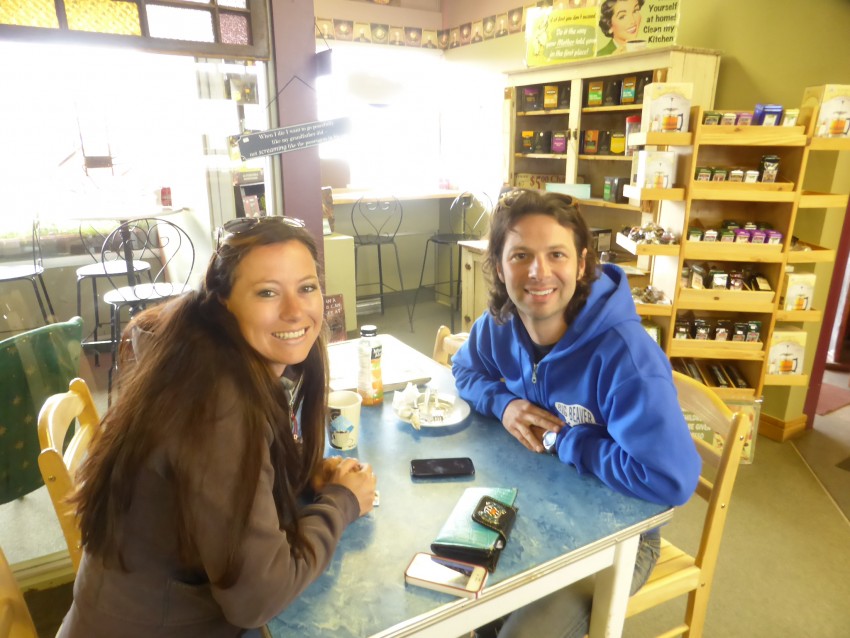 Regina to Sundre: A Gal I Grew Up With.
September 8.

Coincidences are cool.  A couple of days ago when Bean, Fiona, her parents and I were in Montana’s Cookhouse, I ran into a friend from home named Lynette.  She told me she had been visiting our friend Priscilla Tames who was down.  I grew up with Priscilla.  When they sold their farm my brother bought it.  We were like family as kids.

I called Priscilla and jumped in her truck and caught a ride with her from Regina to Sundre.  Priscilla is a good cowgirl who drives a dually truck and had a horse trailer on behind with two horses inside.  A small girl driving a huge truck.  Girls like her are few and far between.

She told her mother that she had picked up a hitchhiker on the drive.  He mom was nervous.  She told her mom that the hitchhiker had long hair.  Her mom asked, “Is it Stephen?”  That was all it took to identify me.  I had best not commit any crimes here.  It does not look like I can slip under the radar, even when I should not be on the radar.  It was nice when we talked to her mom on the phone and when he mom when to get off the phone with us she said, “I love you guys.”  She was like a mother to me as a kid.  It was nice to feel that again.

Priscilla and I drive for 11 hours and we did not turn the radio on in the entire time.  We just visited and hung out like the old old friends we are.  It is pretty special to be around her again and tell eachother who we are today.

As soon as we crossed the Alberta border it began to snow.  It was -1 Celsuis outside. It is September the 8th.  This country…  I am going to be miserable until Christmas.

“I had a really nice time hanging out at the little bar next to the guesthouse.  A woman there in her 50’s cooks me lunch and dinner.  I call her ‘My Mamma!’ today.  She liked that.  The beer-garden area was full, but I sat at the bar.  There were four younger women in the area around me: a bartender and three of her friends.  One of the friends spoke fantastic English.  She was talking about the bartender when she said, “Maureen is loving you, but she doesn’t speak English.  Only Swahili.”  Maureen shared her bananas and pork dinner with me.”
— Life in Tanzania
[View All]