Sundre to Penhold: A Cool Trifecta

Maybe I am not supposed to be a writer and maybe my path in life is to bring old friends together…people who have not seen each other in many years.  Today was a trifecta of awesome.

Priscilla had a lay-z-boy chair that she needed to load in her truck.  That pretty cowgirl…  I had to move a logging chain that was in the box of her massive four-door dual-tired 4 x 4 Dodge truck, Resistol extra cowboy edition.  When I was laughing about the massive chain in her truck she told me, “You are lucky I am not making you load hay bales today.”  She has four horses at her house and knows what is going on in the corral all the time because she can distinguish each horse’s neigh from inside her house.  When I wanted to tie down the chair we loaded into the truck she went to get some electric-fence wire and a piece of bale twine that we used as holding strapping.  I have not spent time with a girl like her for a very long time.  I am a long way from Europe right now.

We drove to Innisfail to take the chair to her father.  I have not seen Tim Tames since 1990.  I grew up in his house.  He came outside, I stayed in the truck and Priscilla got out to tell him that she had brought help, and that maybe he might know me.  I got out, approached him and shook his hand.  He was looking at me and I could see the gears turning in his brain.  He looks the same but I would imagine I have changed an awful lot since 1990.  He pegged it and called me, “Mr. Harris” as he struggled for my first name.  I had not seen him in 24 years.  It was pretty awesome to visit with him after all of these years.

Priscilla drove me to Penhold to the bar where we met with Travis for a cool trifecta.  We all went to school together as kids and they had not seen each other in 9 years.  We had a couple of drinks and just visited about life.  It was pretty awesome for our trifecta to be in the same place together.  There is just nothing like life-long friends who know everything about you and your life since you existed.  I was joking with Travis and Priscilla about how she could probably beat me up.  Travis made fun of me and said, “Well that would not be too hard,” and then she said, “Of course I could, I have been pushing you down the stairs since I was three.”  I loved getting flack like that from people who are family that just have different bloodlines.  The trifecta of us together was just so awesome!

Priscilla does work for the oilfields where she has to go to farms to see how many people live there for a headcount just in case an evacuation is necessary in the future from some environmental issue.  She went to a house for her job a few days ago and found a man there who was extremely drunk.  He made her comfortable and after she left his house he left a message on her phone that said, “Priscilla.  I did not mean to freak you out.  But if I always said that if I found a beautiful woman on my land, who stopped by the creek to get a drink of water, I would consider her as a partner.  You are a beautiful woman, but you did not have a rifle.”  He went on and on and it was pretty funny.  It must be a hounding practice to show up at bachelor’s houses and be presented with proposals and offers of a future together should she want to stay…

Our trifecta ended when I said goodbye to Priscilla and Travis took me to his house where Nicole was folding clothes and drinking wine, which was very entertaining.  I was given a briefing and a request to write a piece on an outsider’s view of domestication.  It has been a long time since I wrote a requested piece.  She welcomed me into their home and told me that I can live with them if I can find a job in the area.  That was very sweet of her.

Travis and I talked hockey, talked music, and just hung out like old friends until his little girl got sick quite late.  There is so much for him and I to talk about that it is hard to stay on one topic long enough to finish with it, because there is so much more to talk about that our thoughts run into while we are discussing one thing and the conversation just flows all over the place.  It is very nice to be here.

*“I get to pick on him about that from now until the end of time!” – Travis on his five year old boy’s girl-crushes 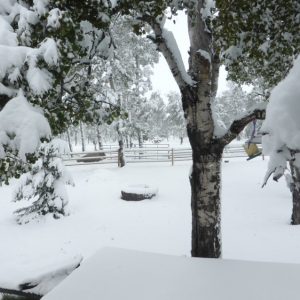 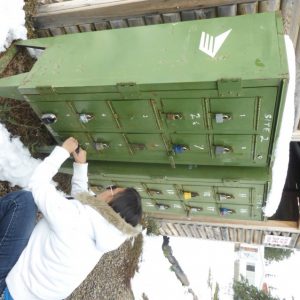 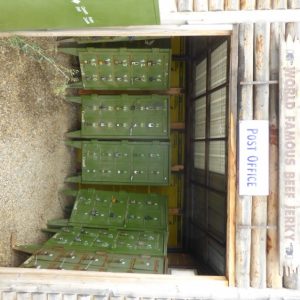 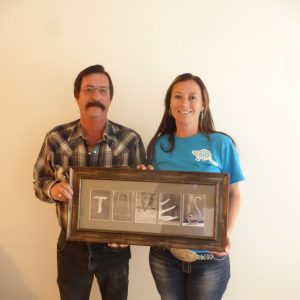 Tim and Priscilla Tames of Big Beaver, Saskatchewan in Alberta. 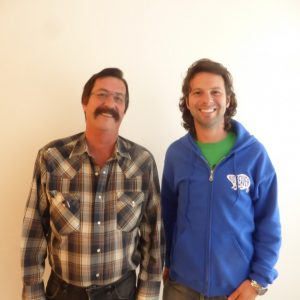 My first visit with Tim in 24 years. He looks the same. I am taller and have sideburns now. 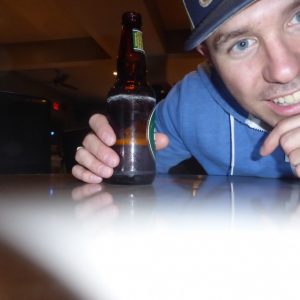 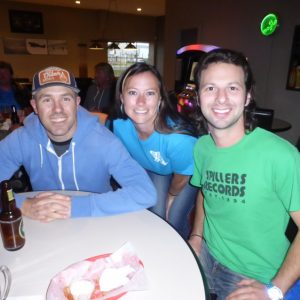 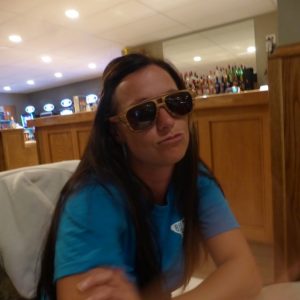 “If you are going to work and you have to keep a pocket-full of condoms in your work-shirt, your job is not so bad...”
— The Finer Parts of Employment
[View All]