Not Larry drove us to Quebec City and then she navigated us through the tight confines of Old Quebec and found us a parking spot down a little side street, then kind of which Beatrice the motorhome has likely not seen many of. We had to squeeze in behind a car and get ahead of a driveway, so I got out and navigated Not Larry to get Beatrice in position. Squeezed in tight, the skull on the front of the motorhome was only a few inches from the car ahead. We settled in, locked up, and left Beatrice to relax.

Not Larry and I headed out on an adventure, touring Quebec City.

Quebec is the oldest walled city north of Mexico City.
The city is 400 years old. Old Quebec is really beautiful and the buildings really give the place a European feel. Parts of Quebec City even reminded me of Edinburgh, which seems like a peculiar city to mentally choose as a European reference point. I knet it would be beautiful here from all of the rumors I have heard, and I have wanted to visit Quebec City for as long as I can remember. Today it made me homesick for Europe. I love it this city. It was impossible to get the smile off of my face for the entire day to the point where Not Larry said to me, “I think this is the happiest I have seen you in a Canadian city.” The place is just so great, and it feels so different from any other place I have been in Canada. The differences threw me off so much that a couple of times through the day when people asked me where I was from I accidentally said, “Canada,” because this feels nothing like the country I grew up in. Quebec City does not feel like Canada at all. It truly feels like we are somewhere else. 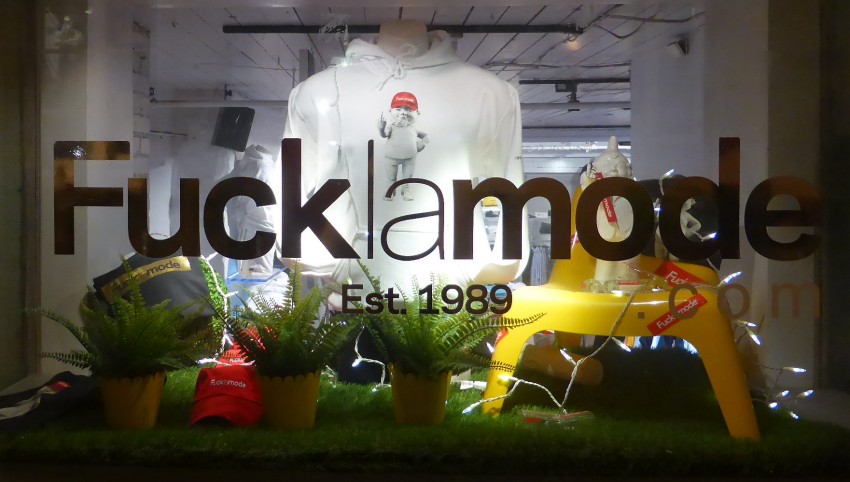 The French do not care! They use the ‘F’ word in business!

I have also discovered that I have this peculiar default language in me where I involuntarily start with a few words in Spanish when I try to ask someone something in French.

But the Quebecois are so patient, and everyone speaks English, everywhere. I have heard these stereotypes all of my life of:
– ‘You need to speak French in Quebec City. No one there speaks English.’
– ‘If you do not speak French, even if the people of Quebec can speak English, they will pretend they can not so that they do not have to speak to you in English.’

All of that is nonsense.

Take those stereotypes and shove them… 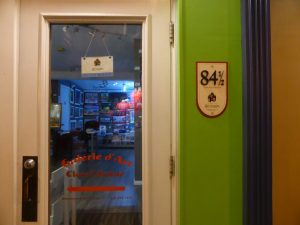 We have had no trouble at all communicating with people in English. Not once was there a struggle. And I am impressed by how happy the people are here. I feel like the Quebecois are happier than the people of the west, and they have far wackier hair styles to show for it. No matter where you are, there is always a French laugh somewhere in the background of everything…that French laugh you know from television shows. ‘Hunhg hungh hungh…!’ The French have a great sense of humor and they are incredibly friendly as everyone wants to have a conversation. Quebec City is the home of a glass of wine on a restaurant terrace at 13:00, and more importantly, it Quebec City is the birthplace of poutine.

The traditional story is that poutine originated in the 1950s in Warwick, Quebec, at a restaurant called Le Lutin qui rit. Upon being asked to add cheese curds to a customer’s fries, owner Fernand Lachance responded, “Ça va faire une maudite poutine,” or, “That’s going to make a dreadful mess.
Lesson Time
For a little history on Canada that you probably never knew or may have learned in school and forgot:
Long before it was Canada, it was claimed and named New France, by who? If you guessed France you my friend, are correct! France claimed it in 1534 and permanent settlements of Europeans began in 1608. France lost New France to the United Kingdom in 1763 after the Seven Years War that lasted for the exact number of years that they named it for. Talk about irony.

More squabbling happened, more land was stolen, the Indigenous peoples got a really bad deal, and in 1867 Canada became a self governing entity.

Oh sure, there is much more than that, but that is a brief rundown.

Since the land was stolen from the Indigenous tribes, it has been French for a lot longer than it has been anything else. Only now am I processing this information.
Just a little FYI from a recent learner. 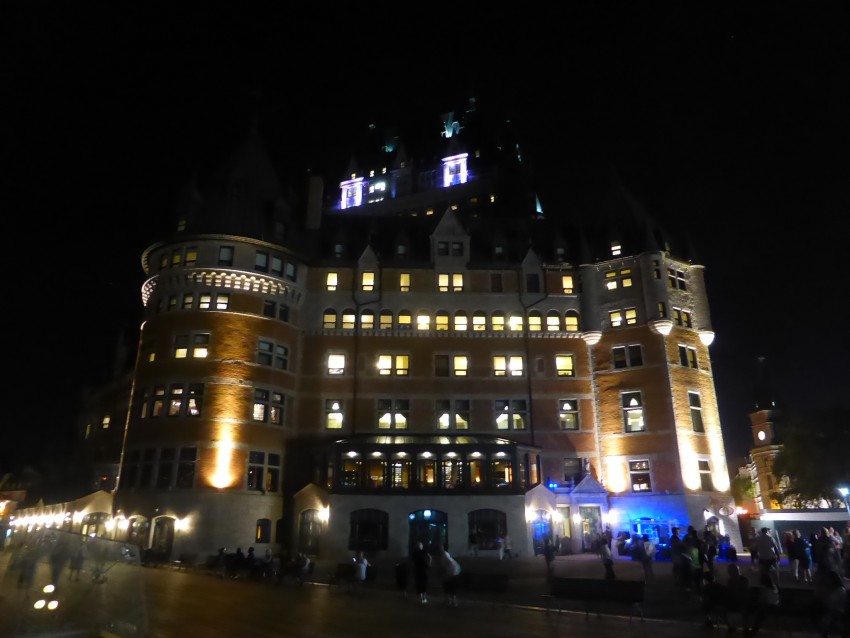 Not Larry and I ended up at Le Château Frontenac, a hotel where we had drinks built with flowers in them. It was my first flowery drink. It is difficult to get a manly looking drink with a flower in inside. Le Château Frontenac, designated as a United nations World Heritage Site, is the most expensive hotel in Quebec which was reflective of their drink prices. The cost was $40 for the two flower drinks, but a person has to splurge and make it seem like they are lavish livers every now and then.

In Quebec, the word ‘voila’ is pretty common for a server to say with each presentation of food or alcohol. It feels like it is staged as that word always is when used anywhere else!

Not Larry and I had a very high end night with two different runs to poutine restaurants in addition to a wine and oysters experience in a very nice restaurant. Not Larry mentioned how oysters are an aphrodisiac. I then wondered if she has somehow managed to slip them into my meals with regularity since I was 13 years old! While we were eating, as I asked her if the oysters were working and suggested we meet in the bathroom. She suggested the back alley instead. We were too busy with the food and the wine, but I sure liked potential fearlnessness!

Out of nowhere, our server asked us where we are from and when I said, “Saskatchewan,” he told us that he loves Moose Jaw. What? That seemed very misplaced. He explained that he stopped in Regina and did not find anything interesting about that city, but when he went to Moose Jaw he loved the place. Awesome. That if one of the greatest ‘I love that city’ responses I have ever heard in my life…’Moose Jaw, Saskatchewan.’ 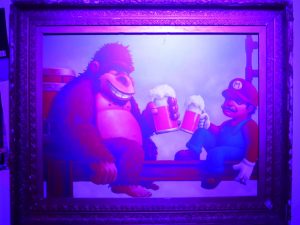 We had a fantastic evening with the people, there are street performers everywhere, and an Uber driver we caught a ride with is planning to buy one of my Traveling Through North Korea books. Fantatsic. On the way from Old Quebec towards Beatrice, we came across Saint Joseph Est street where a busy party area awaits people wanting to let loose in the evening. Not Larry and I ended up in Arcade Bar, a place full of old arcade games and last generations version of gamers. I thought that was going to close off the night but further down the street some guys in the befriended us and invited us into their bar where we partied later than initial plans. I am not sure when we got home, but it was a freaking fun night in gorgeous Quebec City! If you have never been, go to Quebec City. It will quickly become your favorite city in Canada.

Aug 3
Not Larry and I woke up at 09:00. We got frisky, we got showers, and we got on the road. Last night there was a note on the door of the motorhome which said that we could not be camped in the Walmart parking lot located at 550 Wilfrid-Hamel Blvd in Quebec City. The note said that the lot is privately owned, something to keep in mind when looking for a place to house your mobile home. We slept in the parking lot anyhow with mild-guilt. But, there was no chance that Not Larry or I could have driven it out of here when we got back…

For the Video of the Day, Click Here, or maybe you already did at the top!:

““You’d better keep the key with you, or she’ll be up in the room with some shin kicker!””
— A Local's Warning at the Shin Kicking Festival
[View All]