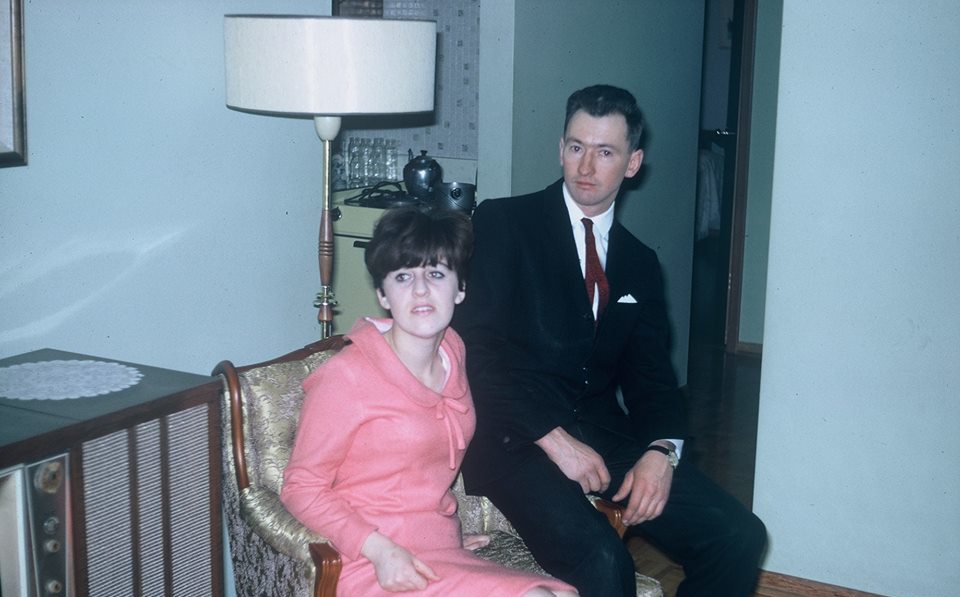 September 16.
A Fantastically Strange Message.
I received a message in my Big Beaver Diaries inbox today that threw me for a mental loop.  My mother is one of 8 brothers and sisters from a mix-matched family of parents who divorced in the ultra conservative 1950’s.  I often wonder how society viewed divorcees at that time…  My grandparents were undoubtedly seen as despicable sinners by that society.  Both of those grandparents remarried and had more children.  That made it so that I was a child of six grandparents.  That seems peculiar to think about, like a man with four arms, but that is my life.  The lady my mother’s father married also had a child of her own before she married him which makes him of no relation to my mother but is considered as a brother by her.  As a result, there are a lot of steps in my mother’s bloodlines and since they live on the west coast of Canada, I never really got to know any of her family.  I met them a couple of times when I was a very young boy, but today they are mostly a group of strangers I just happen to be linked to by DNA.  It is a shame and it feels like a lost link in my life.

But then out of the blue, today a message arrived from a lady who said she was my mother’s youngest sister.  Her name is Carlinne and she is actually younger than my oldest brothers.  My family dynamic did not follow any set of normal rules.  I will not even get into my own position within it myself because that is probably an entire book of explanation.  This lady who is my aunt is so strange to me that I had no idea how to even spell her name.  It was fascinating to hear from her.  She was not even sure if I would remember her.  I did and I sure was glad to hear from her.  It is like a branch of a tree reached out to me.

None of that side of my family is connected or linked to me in any way whatsoever.  How Carlinne ever found me is beyond my concept of reason.  I have two Facebook accounts, one with my name and one of Big Beaver Diaries, the later of which she contacted me through.  That she found Big Beaver Diaries and then figured out that it was me who used it post stories of travel is pretty amazing.  Being from a very small town in the world makes me easy to find under my name, but she went a totally different route and went through Big Beaver Diaries and figured out that I was the author of such a page and then followed the lead from there to message me.  That is pretty awesome.  She said in the message that she has been following my travels around the world.  It is pretty cool and it makes me wonder how many other people who were once in my life but have long since been lost are involved this way as well.  That brings me a very interested feeling.

Another highlight of the contact was that she found some old slides which she developed into pictures and sent me a copy of my parents sitting together in the 1960’s.  It is an image that no-one in my immediate family has ever seen before, so it is very special to receive something like that.  My dad looks so sharp in his suit and my mother was a good looking woman.  I am beyond thankful for such a contact.

I am aging.  And more than what I can physically see, I can mentally feel.  I am not sure if a person’s short term memory just becomes more and more lousy as their fluid crystal memory solidifies with age, or if it is because as you age you have lived so much more life with more and more memories to keep straight in the mind including responsibilities you must focus on that you did not have in your youth so your memory can not keep up with mundane tasks…  In any case, it is a pain in the ass to never be able to leave the house on the first try.  I get outside and realize that I have forgotten my sunglasses.  Then when I again lock the door and leave the house for the second time I realize that I have forgotten my mobile phone…  If it is not a phone or sunglasses, it is a notepad I need, or a piece of mail, or my bank card…always something.  It was not like that when I was younger and it scares the hell out of me.  Five years ago I did not have this problem, ever.  I was on top of my game of life.  Why is it affecting me now?  Is it because I am so focused on trying to be more that I do not remember practical things?  Is it because I am thinking about my photo of the day, or a good segment to write, or a career I want to get off the ground, which makes me so absent minded that I can not remember that I always always always wear sunglasses because the bright sun will hurt my eyes when I walk outside but usually have to be reminded the hard way to go back into the house for a pair of shades when pain enters my pupils?  It drives me nuts and it is frustrating to go through this all of the time.  I used to be extremely punctual.  I have lost that exceptional ability I once had because I leave the house at the same time but I re-enter the house two more times before I ever actually leave the freaking place.

Today Karlee dropped two quarters while we were at the supermarket as she went to change Stryker’s diaper.  While she was rushing off I picked up the two quarters for her and went to drop them into her purse, but somewhere between picking up the quarters and later realizing the quarters were no longer in my hand, I got lost in a thought about something and I have no clue if in the meantime I dropped the quarters into her purse without thinking or if I dropped them into my own pocket.  I have absolutely no clue what I did in my subconscious auto-pilot.  How can this happen?  What the hell is on my mind?  Are practices like this so habitual that at this age our minds do not bother to think about such mundane things and I was so busy mentally dissecting the woman’s blouse behind the till, or whatever the hell I was lost in thought about, that I have no conscious memory of whether or not I may have stolen $0.50 from my friend accidentally.  I am sure that would not have happened to me four years ago…  I would have still dissected the blouse but I would have known where in the ‘f’ I put the quarters….

“Friend – We ran my dad’s truck out of gas.  So I called a taxi cab to come and get us.  He took us to a gas station and I was buying jerry-cans and gas, and then we bought some blow while we were there.  Same gas station. Me – You mean you bought gas and cocaine at the same time in the gas station? Friend – Yeah.”
— Alberta People
[View All]